Site of the Camp of Gen. Joaquín Ramírez y Sesma 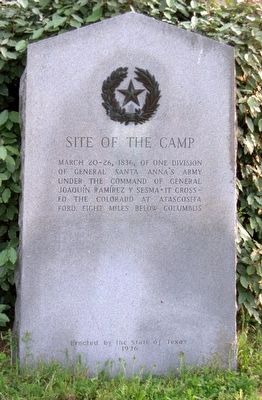 Site of the Camp, March 20-26, 1836, of one division of General Santa Anna's Army under the command of General Joaquín Ramírez y Sesma. It crossed the Colorado at Atascosita Ford, eight miles below Columbus.

Topics and series. This historical marker is listed in this topic list: War, Texas Independence. In addition, it is included in the Texas 1936 Centennial Markers and Monuments series list. A significant historical month for this entry is March 1875.

Other nearby markers. At least 8 other markers are within 2 miles of this marker, measured as the crow flies. Columbus Odd Fellows Rest Cemetery (approx. 0.4 miles away); Robson's Castle and Columbus, Texas, Meat and Ice Company (approx. 0.9 miles away); Site of Railway Hospital (approx. one mile away); 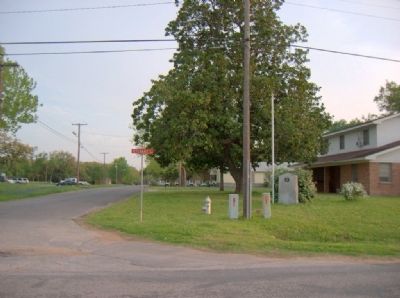 More about this marker. On access road uphill and to the south of main Highway U.S. 90 (Walnut Street). 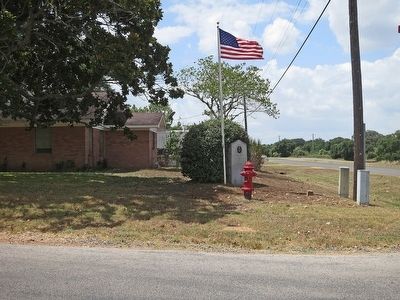