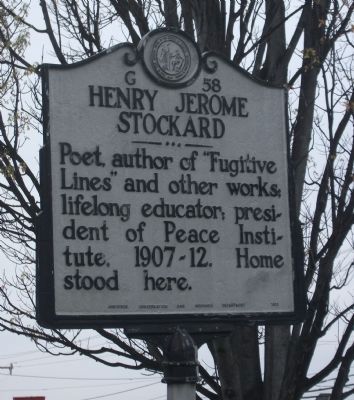 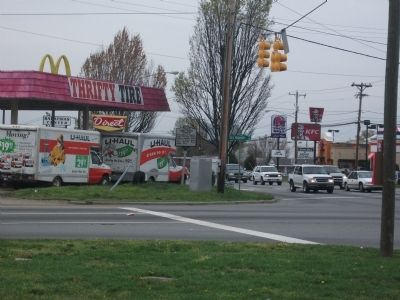 He attended Graham High School and later attended the University of North Carolina, where he studied under Professor Thomas Hume. He attended Elon College and graduated from Elon in 1889.

Stockard accepted a position as a professor of English and political science at Fredericksburg College in Virginia in 1893.

Stockard came home to North Carolina as a Latin professor at Peace Institute in Raleigh in 1900. He then served as president of Peace Institute until 1912 when Stockard chose to return to his professorship, which he continued until his death in 1914. That year, Wake Forest College awarded him an honorary Litt. D. degree.

Stockard wrote poetry throughout his career. His poetry appeared in Harper’s, Scribner’s, and Atlantic Monthly. , He was hailed as the unofficial poet laureate of North Carolina.

He published two volumes of poetry, "Fugitive Lines" in 1897, and "A Study of Poetry," in 1911. Stockard was asked to compose poems for ceremonies. A poem of Stockard's was read during the unveiling of the North Carolina monument at Appomattox, Virginia, and another at the monument to the women of the Confederacy on Capitol Square in Raleigh.

Stockard was one of the founders of the North Carolina Literary and Historical Association.

Stockard died on September 5, 1914 at the age of 55. He is buried in Oakwood Cemetery in Raleigh. A portrait of him hangs in the administration building at Peace College.