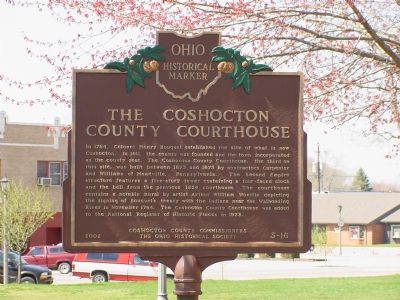 In 1764, Colonel Henry Bouquet established the site of what is now Coshocton. In 1811, the county was founded and the town incorporated as the county seat. The Coshocton County Courthouse, the third on this site, was built between 1873 and 1875 by contractors Carpenter and Williams of Meadville, Pennsylvania. The Second Empire structure features a five-story tower containing a four-faced clock and the bell from the previous 1824 courthouse. The courthouse contains a notable mural by artist Arthur William Woelfle depicting the signing of Bouquet's treaty with the Indians near the Walhonding River in November 1764. The Coshocton County Courthouse was added to the National Register of Historic Places in 1973.

Topics and series. This historical marker is listed in these topic lists: Landmarks • Notable Buildings. In addition, it is included in the Ohio Historical Society / The Ohio History Connection series list. 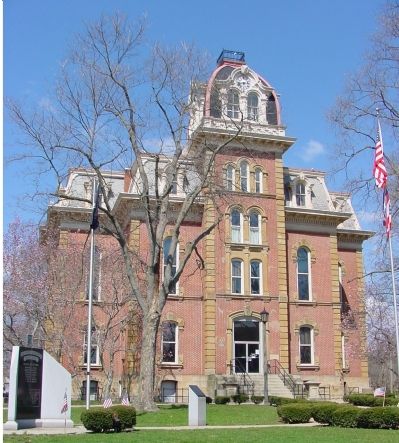 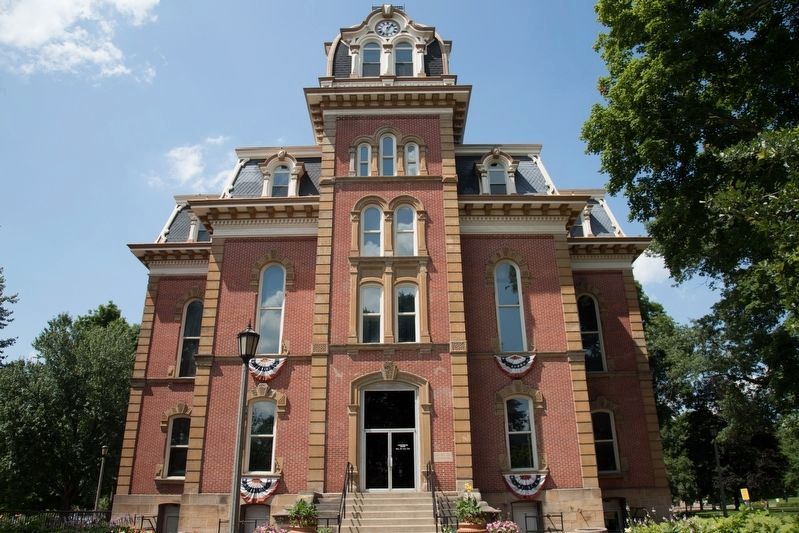