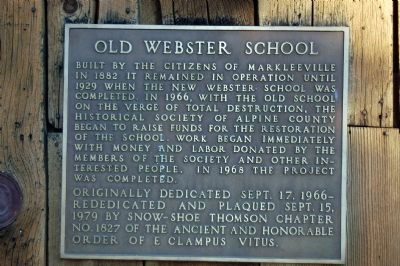 Built by the citizens of Markleeville in 1882 it remained in operation until 1929 when the new Webster School was completed. In 1966, with the old school on the verge of total destruction, the Historical Society of Alpine County began to raise funds for the restoration of the school. Work began immediately with money and labor donated by the members of the Society and other interested people. In 1968 the project was completed.

Erected 1979 by Snow-Shoe Thomson Chapter No. 1827 of the Ancient and Honorable Order of E Clampus Vitus.

Topics and series. This historical marker is listed in these topic lists: Education • Notable Buildings. In addition, it is included in the E Clampus Vitus series list. 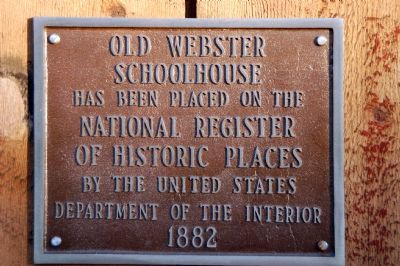 By Karen Key, August 24, 2007
2. National Registry Marker
Old Webster Schoolhouse
has been placed on the
National Register of Historic Places
by the United States Department of the Interior
1882
from School Street. Touch for map. Marker is in this post office area: Markleeville CA 96120, United States of America. Touch for directions. 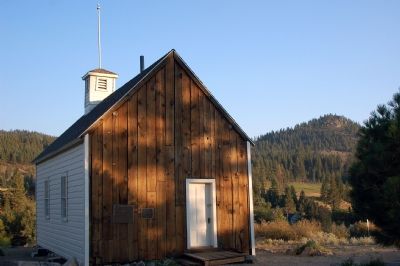 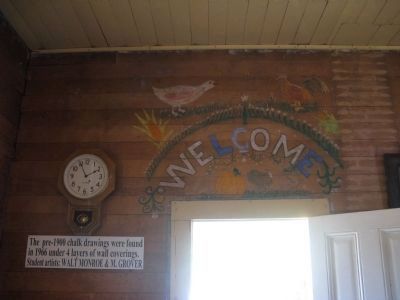 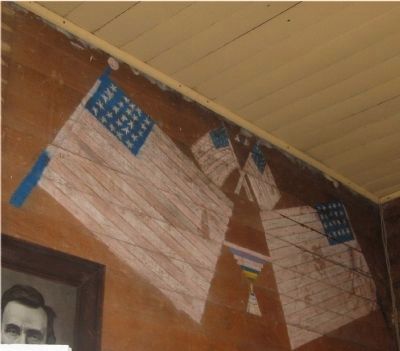