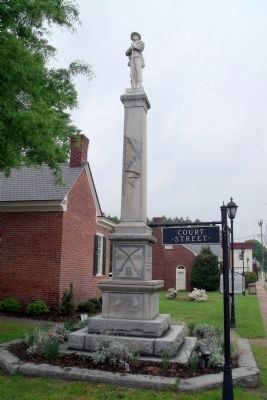 In memory of the
Soldiers and Sailors
of Mathews County Va.

Erected by the
Lane Diggs camp C.V.
and the Sallie Thompkins
Chapter U.D.C.

Erected by United Daughters of the Confederacy.

Topics and series. This historical marker monument is listed in this topic list: War, US Civil. In addition, it is included in the United Daughters of the Confederacy series list. 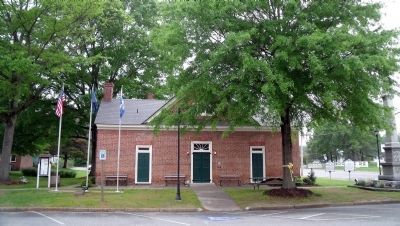