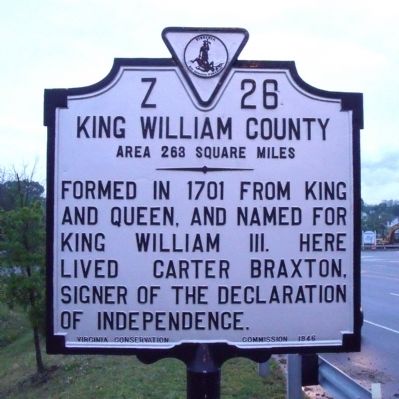 Formed in 1701 from King and Queen, and named for King William III. Here lived Carter Braxton, signer of the Declaration of Independence.

Formed in 1691 from New Kent, and named for King William III and Queen Mary. The family of George Rogers Clark long lived in this county.

Other nearby markers. At least 8 other markers are within 3 miles of this marker, measured as the crow flies. Indian Treaty of 1646 (a few steps from this marker); Indians Poisoned At Peace Meeting 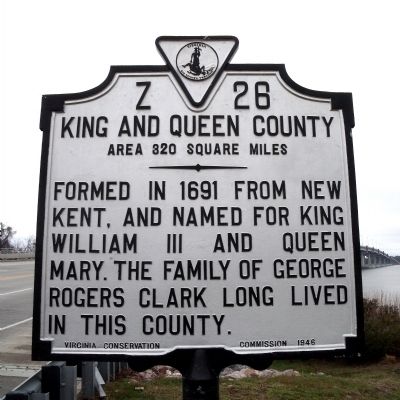 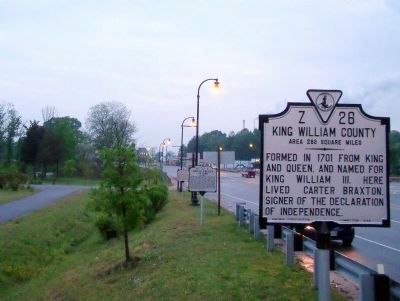 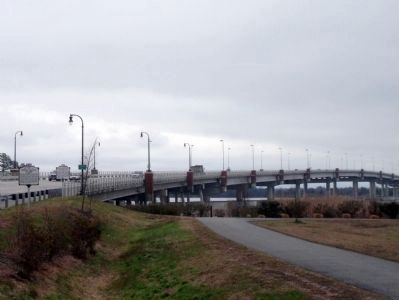