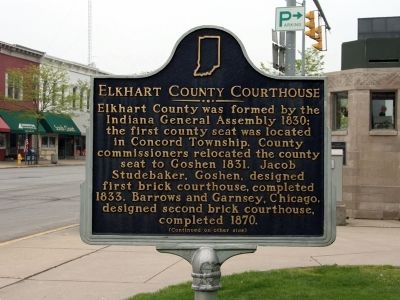 Topics and series. This historical marker is listed in these topic lists: Architecture • Government & Politics. In addition, it is included in the Indiana Historical Bureau Markers series list. A significant historical year for this entry is 1830. 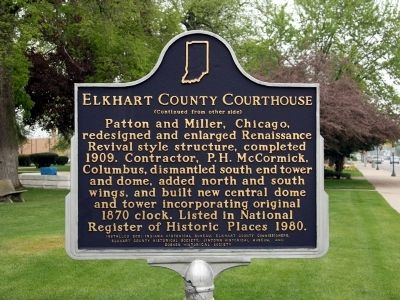 Other nearby markers. At least 8 other markers are within walking distance of this marker. The Historic Goshen Police Booth (a few steps from this marker); Elkhart County Honor Roll (within shouting distance of this marker); a different marker also named Elkhart County Courthouse (about 400 feet away, measured in a direct line); Goshen World War I Memorial (about 700 feet away); Goshen’s Carnegie Library (approx. 0.2 miles away); Millrace Hydraulic Canal - Hawks Electric Company (approx. 0.2 miles away); Howard W. Hawks (approx. ¼ mile away); The Old Goshen High School (approx. ¼ mile away). Touch for a list and map of all markers in Goshen.

More about this marker. Marker is in the courthouse lawn, just north of the intersection. Location is between the historic Goshen Police Booth and the Neptune Fountain. 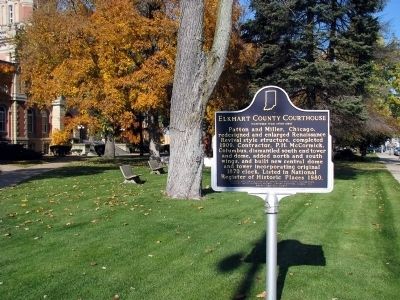 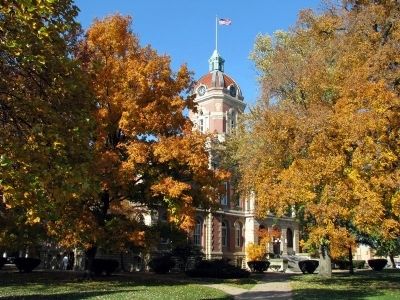