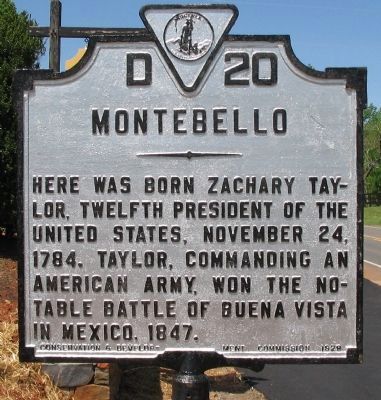 Photographed By Craig Swain, April 17, 2010
1. Montebello Marker
Inscription.
Montebello. . Here was born Zachary Taylor, twelfth President of the United States, November 24, 1784. Taylor, commanding an American Army, won the notable Battle of Buena Vista in Mexico, 1847. . This historical marker was erected in 1929 by Conservation and Development Commission. It is Near Gordonsville in Orange County Virginia

Topics and series. This historical marker is listed in these topic lists: Government & Politics • War of 1812. In addition, it is included in the Former U.S. Presidents: #12 Zachary Taylor, and the Virginia Department of Historic Resources series lists. A significant historical date for this entry is November 24, 1637.

Other nearby markers. At least 8 other markers are within 4 miles of this marker, measured as the crow flies. Madison-Barbour Rural Historic District (approx. 1.6 miles away); Barboursville Ruins (approx. 1.8 miles away); Governor James Barbour (approx. 2. Presidential Avenue: Zachary Taylor. Although born in Virginia, as an infant Taylor moved with his family to Louisville, Kentucky where he lived until age 23. (Submitted on April 27, 2010, by Craig Swain of Leesburg, Virginia.) 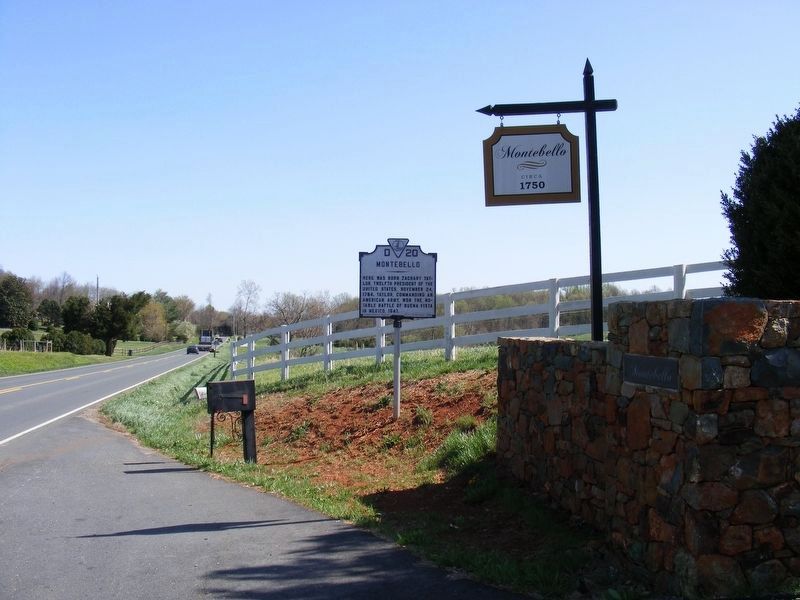 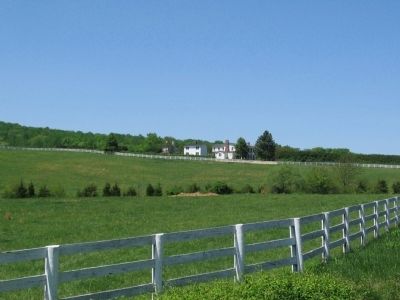 Photographed By Craig Swain, April 17, 2010
4. Montebello
Seen from a point east of the marker. 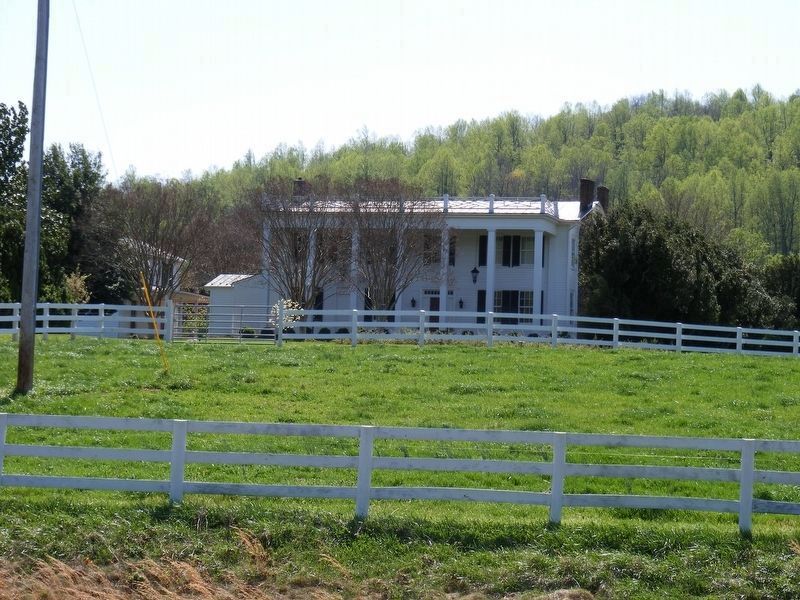