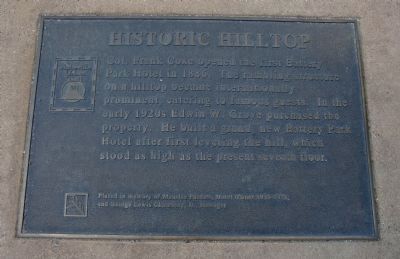 Colonel Frank Coxe opened the first Battery Park Hotel in 1886. The rambling structure on a hill top became internationally prominent, catering to famous guests. In the early 1920s Edwin W. Groves purchased the property. He built a brand new Battery Park Hotel after first leveling the hill, which stood as high as the present seventh floor.

Topics. This historical marker is listed in these topic lists: Industry & Commerce • Notable Buildings. A significant historical year for this entry is 1886.

Location. 35° 35.768′ N, 82° 33.377′ W. Marker is in Asheville, North Carolina, in Buncombe County. Marker can be reached from Page Avenue south of Battle Square Avenue. Marker is in the sidewalk on Page Avenue, southeast of the intersection, and about two blocks south of the Haywood Avenue exit off I-240/US70. Touch for map. Marker is at or near this postal address: 1 Battle Square Avenue, Asheville NC 28801, United States of America. Touch for directions. 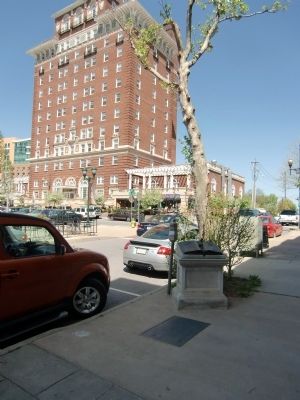 Also see . . .
1. Battery Park Hotel - National Register of Historic Places. ...The hotel continued in operation until 1972. During the 1980s, the Asheville Housing Authority, a private developer, converted the old hotel into apartments for senior citizens. Today, Battery Park continues to stand as a sentinel over the downtown. (Submitted on May 1, 2010, by Richard E. Miller of Oxon Hill, Maryland.) 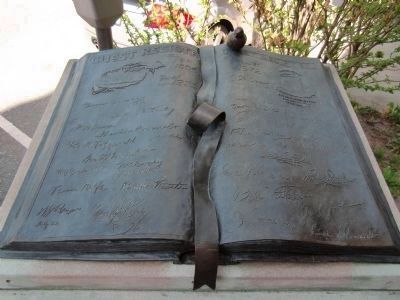 Photographed By Richard E. Miller, April 18, 2010
3. Close up of Battery Park Hotel Guest Register
- rendering in bronze, on pedestal adjacent to marker, with signatures including Presidents Theodore and Franklin Roosevelt. 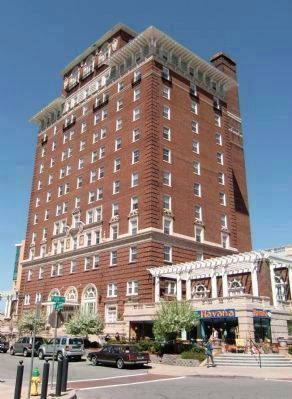 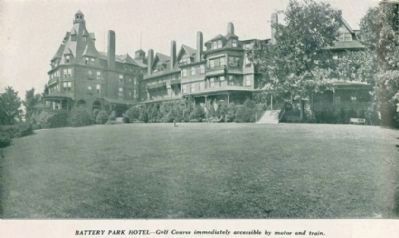 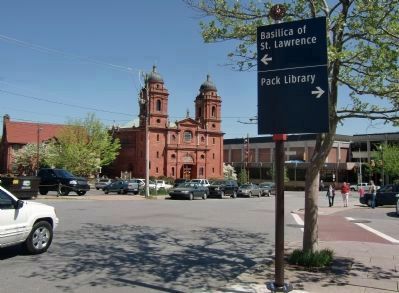