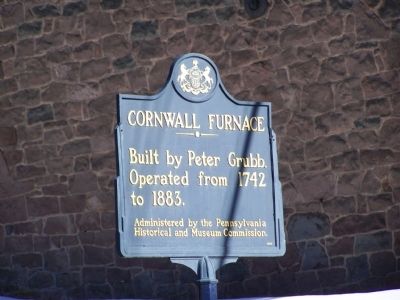 By Beverly Pfingsten, March 6, 2010
1. Cornwall Furnace Marker
Inscription.
Cornwall Furnace. . Built by Peter Grubb. Operated from 1742 to 1883. . This historical marker was erected in 1948 by Administered by the Pennsylvania Historical and Museum Commission. It is in Cornwall in Lebanon County Pennsylvania

Erected 1948 by Administered by the Pennsylvania Historical and Museum Commission.

Topics and series. This historical marker is listed in these topic lists: Colonial Era • Industry & Commerce • Natural Resources. In addition, it is included in the Pennsylvania Historical and Museum Commission series list. A significant historical year for this entry is 1742.

Other nearby markers. At least 8 other markers are within 2 miles of this marker, measured as the crow flies. A different marker also named Cornwall Furnace (within shouting distance of this marker); a different marker also named Cornwall Furnace (about 300 feet away, measured in a direct line); Roasting Oven (about 300 feet away); Abattoir (about 500 feet away); Cornwall Banks (approx. ¼ mile away); Grubb's First Forge (approx. 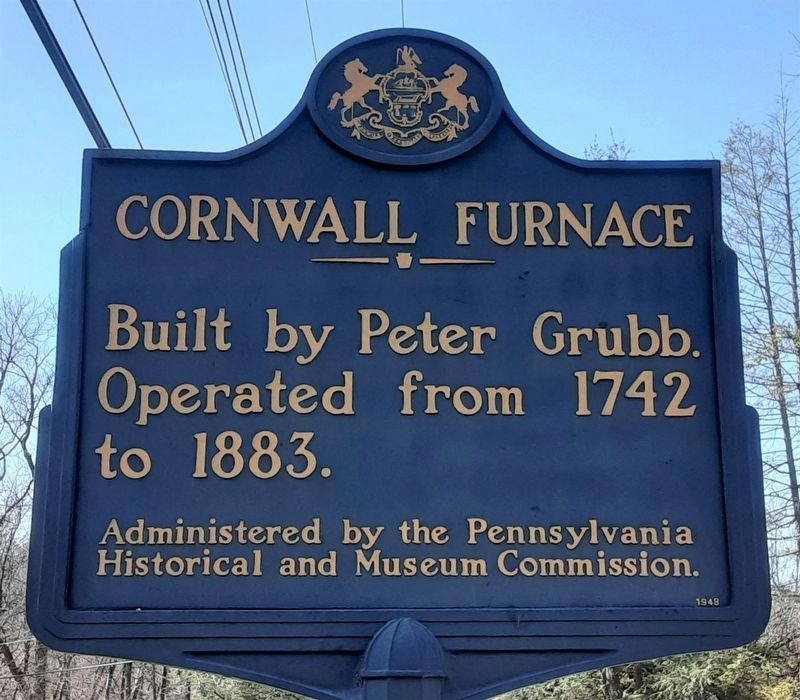 Click or scan to see
this page online
0.4 miles away); The Shay Brothers (approx. 0.6 miles away); Veteran Firemen Memorial (approx. 1.1 miles away). Touch for a list and map of all markers in Cornwall. 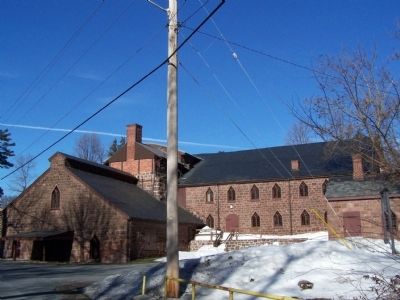