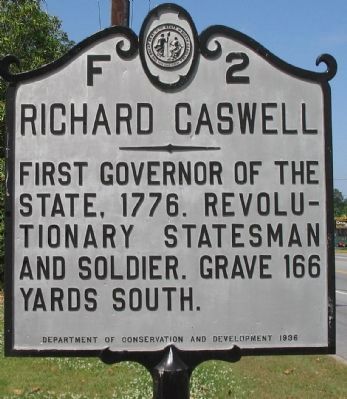 Photographed By Craig Swain, May 2, 2010
1. Richard Caswell Marker
Inscription.
Richard Caswell. . First Governor of the state, 1776. Revolutionary statesman and soldier. Grave 166 yards south. . This historical marker was erected in 1936 by Department of Conservation and Development. It is in Kinston in Lenoir County North Carolina

Erected 1936 by Department of Conservation and Development. (Marker Number F-2.)

Topics and series. This historical marker is listed in these topic lists: Government & Politics • War, US Revolutionary. In addition, it is included in the North Carolina Division of Archives and History series list. A significant historical year for this entry is 1776.

Other nearby markers. At least 8 other markers are within 3 miles of this marker, measured as the crow flies. Ram Neuse (a few steps from this marker); Grave of Richard Caswell (within shouting distance of this marker); Moving the CSS Neuse (about 500 feet away, measured in a direct line); John Taylor Wood, CSN (approx. 2.2 miles away); Cat Hole 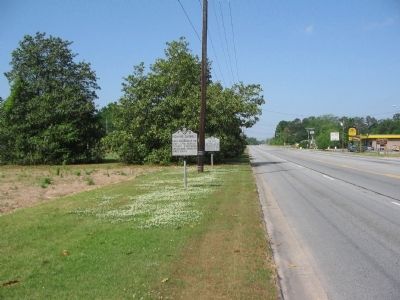 Photographed By Craig Swain
2. Markers in Front of the State Historic Site 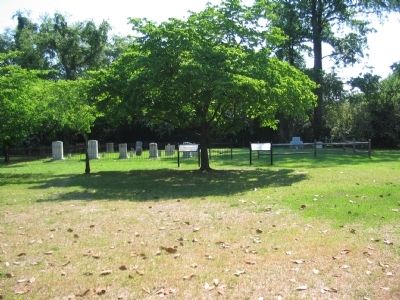 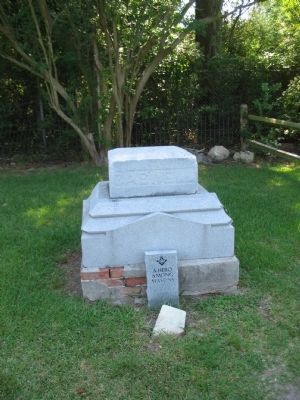 Photographed By Craig Swain, May 7, 2010
4. Richard Caswell Grave
Originally a flat tombstone stood upright with an inscription. That original stone broke and was lost in the early part of the 20th Century, and was replaced by this marker. 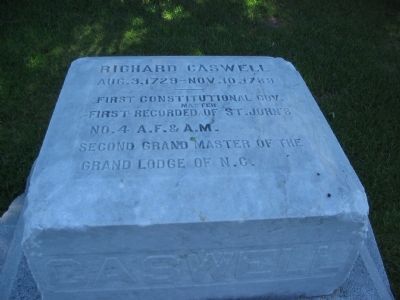