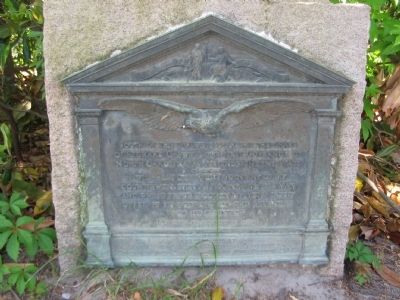 South of this tablet, 166 yards, is the grave of Richard Caswell, the first Governor of North Carolina, as an independent state.

"I will most cheerfully join any of my countrymen, even as a rank and file man, and whilst I have blood in my veins freely offer it in support of the liberties of my country."
(Caswell to his son in 1775)

Topics and series. This historical marker is listed in these topic lists: Government & Politics • War, US Revolutionary. In addition, it is included in the Daughters of the American Revolution (DAR) series list.

Location. 35° 16.094′ N, 77° 37.223′ W. Marker is in Kinston, North Carolina, in Lenoir County. Marker is on West Vernon Avenue (Route 70/258), on the right when traveling east. Located in front of the CSS Neuse and Caswell State Historic Site. Touch for map. Marker is in this post office area: Kinston NC 28504, United States of America. Touch for directions.

Other nearby markers. At least 8 other markers are within 3 miles of this marker, measured as the crow flies. Ram Neuse (a few steps from this marker); Richard Caswell 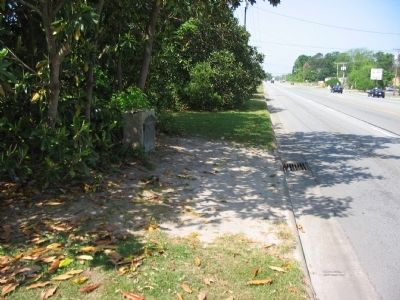 Photographed By Craig Swain, May 2, 2010
2. Grave of Richard Caswell Marker 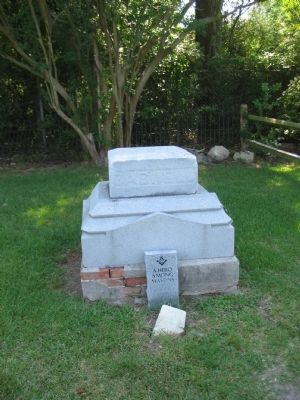