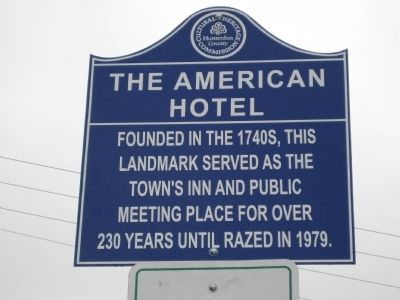 Founded in the 1740's, this landmark served as the town's inn and public meeting place for over 230 years until razed in 1979. 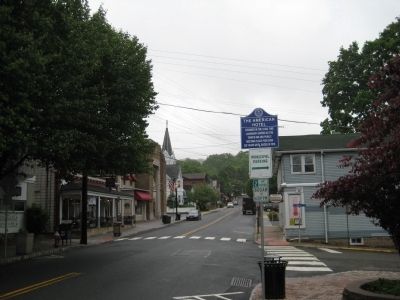 Additional comments.
1. Famous guests
General George Washington stayed at the old inn after a meeting with Robert Taylor of the Union Iron Works in 1777.
— Submitted May 17, 2010, by William Honachefsky Jr of High Bridge/Clinton Twp, New Jersey.