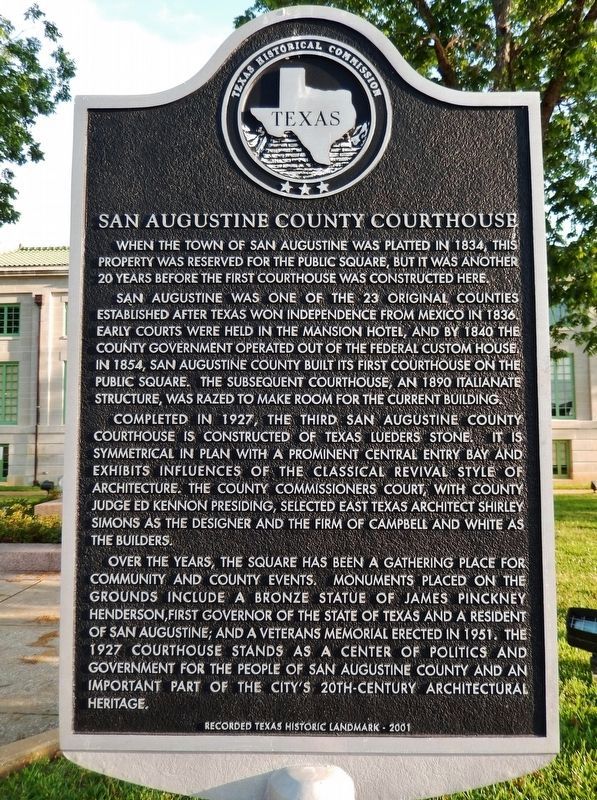 When the town of San Augustine was platted in 1834, this property was reserved for the public square, but it was another 20 years before the first courthouse was constructed here.

San Augustine was one of the 23 original counties established after Texas won independence from Mexico in 1836. Early courts were held in the Mansion Hotel, and by 1840 the county government operated out of the federal custom house. In 1854, San Augustine County built its first courthouse on the public square. The subsequent courthouse, an 1890 Italianate structure, was razed to make room for the current building.

Completed in 1927, the third San Augustine County Courthouse is constructed of Texas Lueders stone. It is symmetrical in plan with a prominent central entry bay and exhibits influences of the Classical Revival style of architecture. The County Commissioners Court, with county judge Ed Kennon presiding, selected East Texas architect Shirley Simons as the designer and the firm of Campbell and White as the builders.

Over the years, the square has been a gathering place for community and county events. Monuments placed on the grounds include a bronze statue of James Pinckney Henderson, first governor of the state of Texas and a resident of San Augustine; and a veterans memorial erected in 1951. The 1927 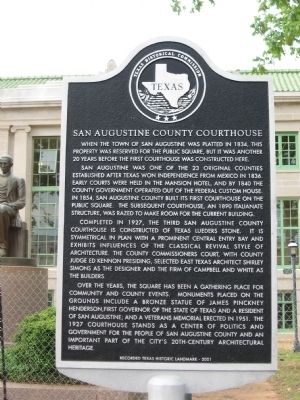 Click or scan to see
this page online
courthouse stands as a center of politics and government for the people of San Augustine County and an important part of the city's 20th-century architectural heritage.

Topics. This historical marker is listed in these topic lists: Government & Politics • Notable Buildings. A significant historical year for this entry is 1834. 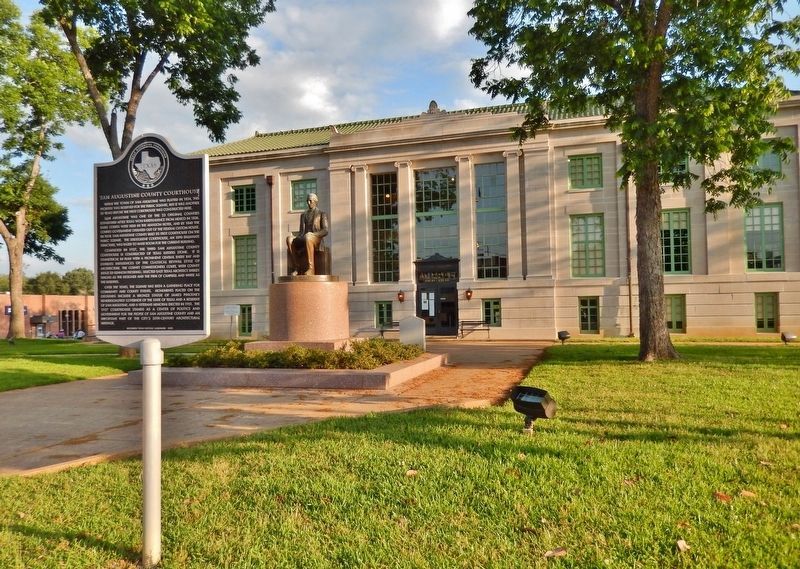 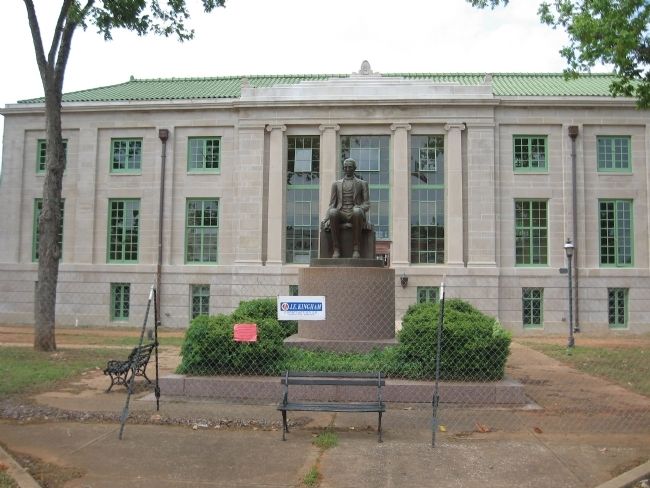 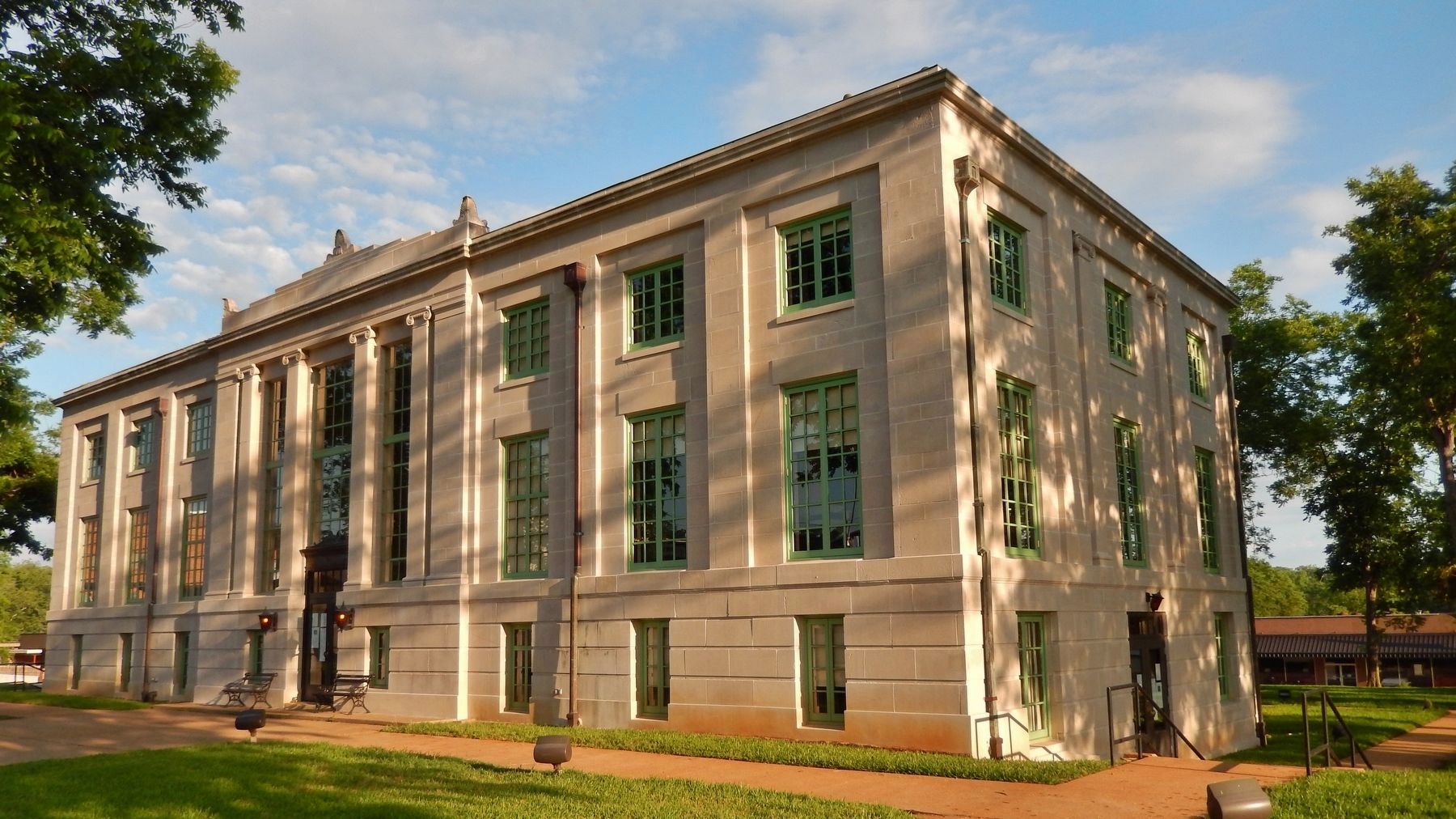