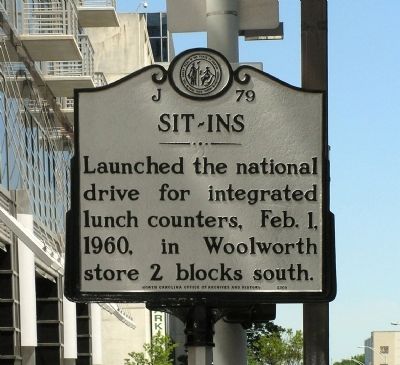 By Paul Crumlish, May 10, 2010
1. Sit-Ins Marker
Inscription.
Sit-Ins. . Launched the national drive for integrated lunch counters, Feb. 1, 1960, in Woolworth store 2 blocks south. . This historical marker was erected in 1980 by North Carolina Division of Archives and History. It is in Greensboro in Guilford County North Carolina 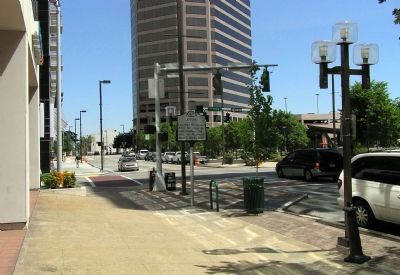 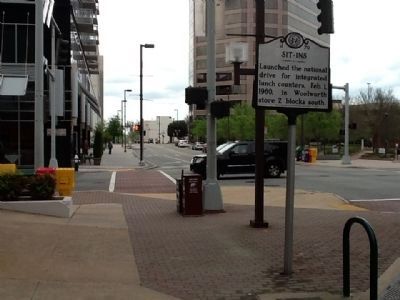 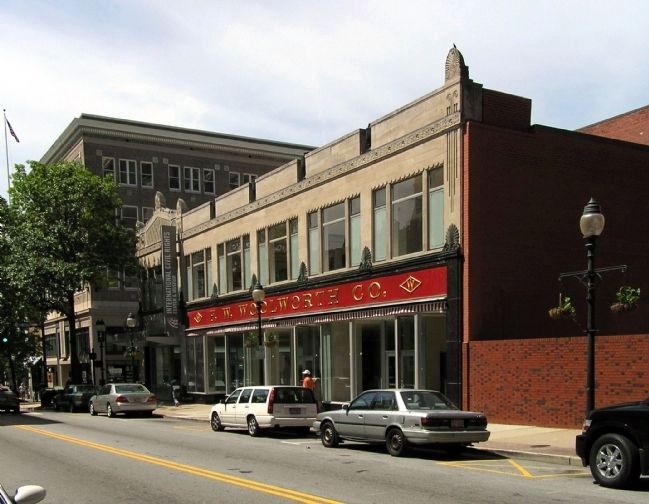