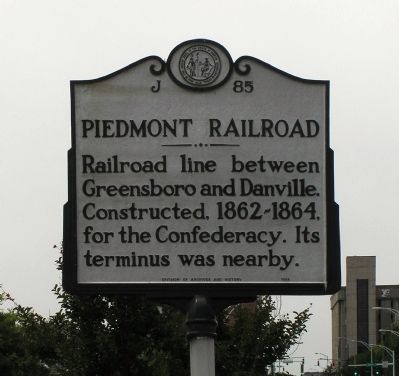 Photographed By Paul Crumlish, May 10, 2010
1. Piedmont Railroad Marker
Inscription.
Piedmont Railroad. . Railroad line between Greensboro and Danville. Constructed, 1862-1864, for the Confederacy. Its terminus was nearby. . This historical marker was erected in 1988 by North Carolina Office of Archives and History. It is in Greensboro in Guilford County North Carolina

Railroad line between Greensboro and Danville. Constructed, 1862-1864, for the Confederacy. Its terminus was nearby.

Topics and series. This historical marker is listed in these topic lists: Railroads & Streetcars • War, US Civil. In addition, it is included in the North Carolina Division of Archives and History series list. 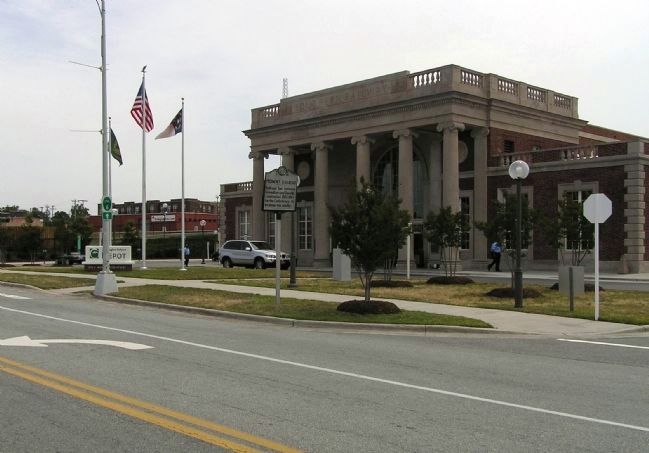 Photographed By Paul Crumlish, May 10, 2010
2. Wide view of the Piedmont Railroad Marker
With the restored Greensboro Southern Railway Depot (1927) in the background. The original Piedmont Railroad station was in located in the general location of this transportation complex. 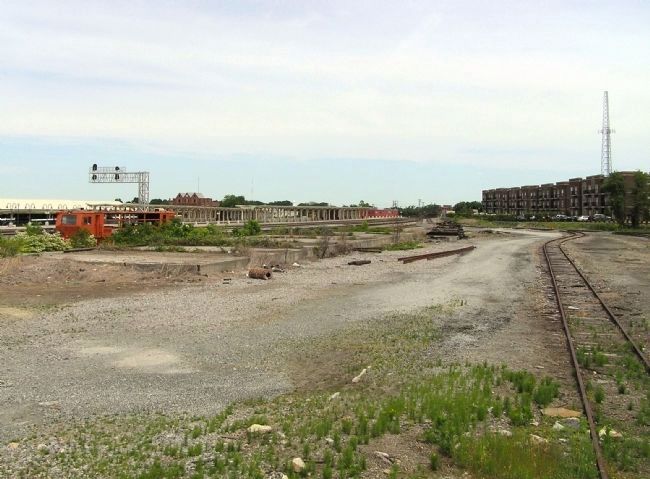