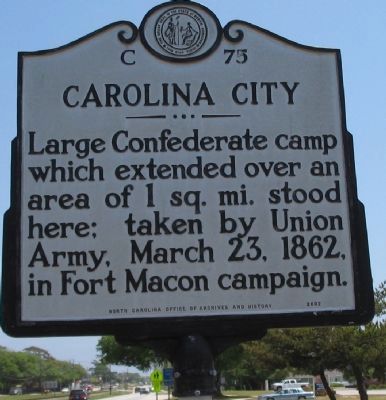 By Craig Swain, May 2, 2010
1. Carolina City Marker
Inscription.
Carolina City. . Large Confederate camp which extended over an area of 1 sq. mi. stood here; taken by Union Army, March 23, 1862, in Fort Macon campaign. . This historical marker was erected in 2002 by North Carolina Office of Archives and History. It is in Morehead City in Carteret County North Carolina

Topics. This historical marker is listed in this topic list: War, US Civil. A significant historical month for this entry is March 1640. 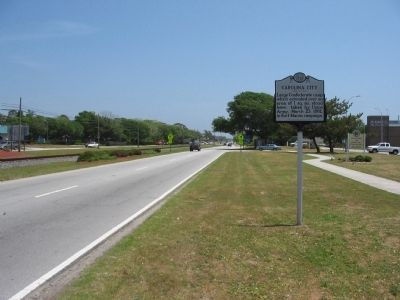