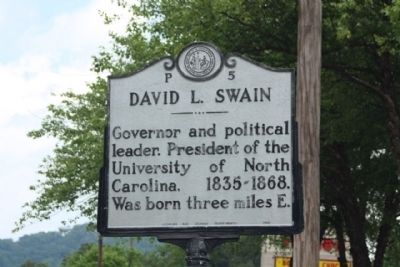 Photographed By Mike Stroud, 2010
1. David L. Swain Marker
Inscription.
David L. Swain. . Governor and political leader. President of the University of North Carolina, 1835-1868. Was born three miles E. . This historical marker was erected in 1938 by Archives and Highway Departments. It is in Asheville in Buncombe County North Carolina

Governor and political leader. President of the University of North Carolina, 1835-1868. Was born three miles E.

Topics and series. This historical marker is listed in this topic list: Education. In addition, it is included in the North Carolina Division of Archives and History series list. A significant historical year for this entry is 1835. 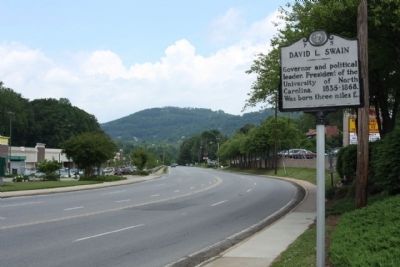 Regarding David L. Swain. Though the state experienced severe hardships during the Civil War, Swain managed to keep the University open. As Sherman’s army approached Raleigh in the spring of 1865, Swain played a role in surrendering the state capital and in securing assurances that the University would not be harmed. He remained as University president until July 1868, when he and his entire faculty were removed by the new board of trustees. Swain died on August 29, 1868, as the result of a buggy accident. Initially buried at his Chapel Hill home, he was later reinterred in Raleigh’s Oakwood Cemetery.
(N.C. Dept. of Cultural Resources) 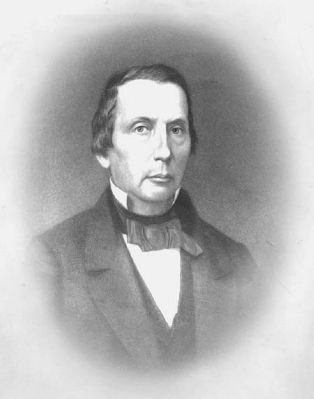