“A Man Full of Trouble” Tavern 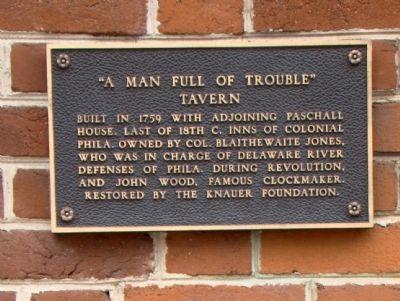 Built in 1759 with adjoining Paschall House. Last of the 18th century inns of colonial Philadelphia owned by Colonel Blaithewaite Jones, who was in charge of the Delaware River defenses of Philadelphia during the Revolution, and John Wood, famous clockmaker. Restored by the Knauer Foundation.

Topics. This historical marker is listed in this topic list: Colonial Era. A significant historical year for this entry is 1759. 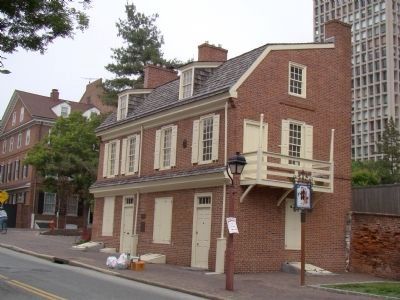 Also see . . .
1. Man Full of Trouble Tavern. Drinking establishments in Colonial Philadelphia, be they in the form of coffee houses, taverns, or unlicensed ‘tippling houses,’ were more than places to drink and dine. Taverns were where the community conducted business, got its news, argued politics, attended concerts and auctions, socialized, or just plain got polluted.

“In Philadelphia’s early years there were no separate buildings which served as dance halls, theaters, or clubs — taverns, instead, provided all-purpose service. Until the Revolutionary Era, taverns and inns were the largest public buildings in Philadelphia. (Submitted on May 29, 2010.) 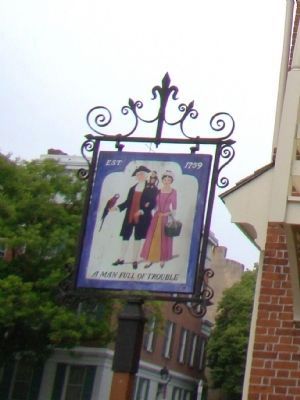