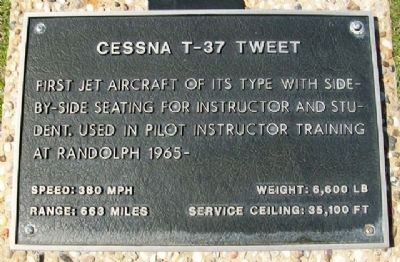 First jet aircraft of its type with side-by-side seating for instructor and student. Used in pilot instructor training at Randolph 1965-

Erected by Randolph Air Force Base.

Topics. This historical marker is listed in these topic lists: Air & Space • Education. A significant historical year for this entry is 1965.

Location. 29° 32.2′ N, 98° 16.821′ W. Marker is in Randolph Air Force Base, Texas, in Bexar County. Marker is at the intersection of C Street East and Northeast Drive, on the right when traveling west on C Street East. Access is restricted due to Randolph AFB being an active military installation. Touch for map. Marker is in this post office area: Universal City TX 78148, United States of America. Touch for directions. 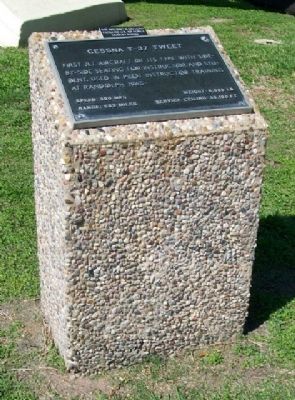 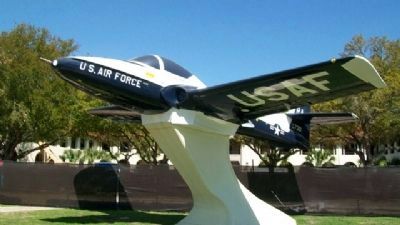 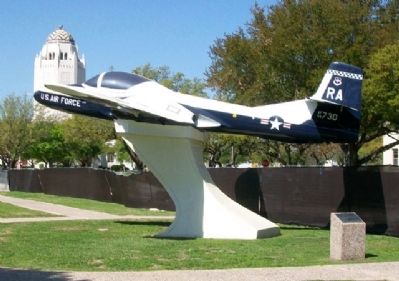