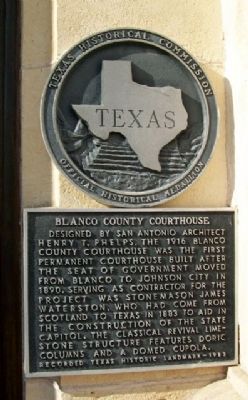 Designed by San Antonio architect Henry T. Phelps, the 1916 Blanco County Courthouse was the first permanent courthouse built after the seat of government moved from Blanco to Johnson City in 1890. Serving as contractor for the project was stonemason James Waterston, who had come from Scotland to Texas in 1883 to aid in the construction of the state capitol. The Classic Revival limestone structure features doric columns and a domed cupola. 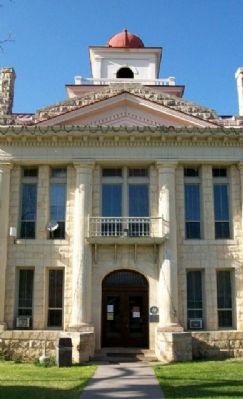 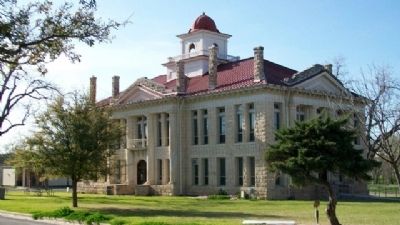 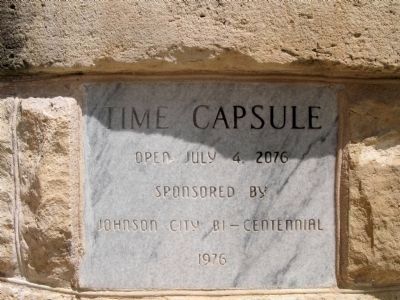 By Richard Denney, September 5, 2010
4. Time Capsule
Photo of time capsule that sits on steps of courthouse leading to the marker.
More. Search the internet for Blanco County Courthouse.