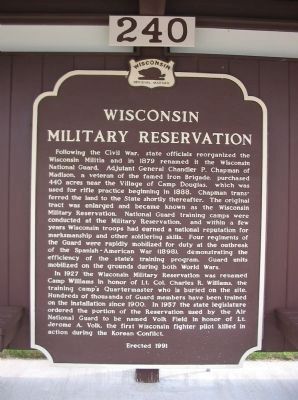 Following the Civil War, state officials reorganized the Wisconsin Militia and in 1879 renamed it the Wisconsin National Guard. Adjutant General Chandler P. Chapman of Madison, a veteran of the famed Iron Brigade, purchased 440 acres near the Village of Camp Douglas, which was used for rifle practice beginning in 1888. Chapman transferred the land to the State shortly thereafter. The original tract was enlarged and became known as the Wisconsin Military Reservation. National Guard training camps were conducted at the Military Reservation, and within a few years Wisconsin troops had earned a national reputation for marksmanship and other soldiering skills. Four regiments of the Guard were rapidly mobilized for duty at the outbreak of the Spanish-American War (1898), demonstrating the efficiency of the state's training program. Guard units mobilized on the grounds during both World Wars.

In 1927 the Wisconsin Military Reservation was renamed Camp Williams in honor of Lt. Col. Charles R. Williams, the training camp's Quartermaster who is buried on the site. Hundreds of thousands of Guard members have been trained on the installation 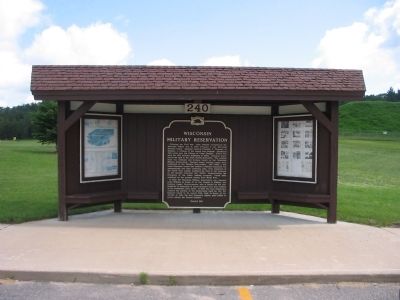 By Keith L, June 6, 2010
2. Wisconsin Military Reservation Marker
since 1900. In 1957 the state legislature ordered the portion of the Reservation used by the Air National Guard to be named Volk Field in honor of Lt. Jerome A. Volk, the first Wisconsin fighter pilot killed in action during the Korean Conflict.

Topics and series. This historical marker is listed in this topic list: Military. In addition, it is included in the Wisconsin Historical Society series list.

Location. 43° 55.511′ N, 90° 15.662′ W. Marker is near Camp Douglas, Wisconsin, in Juneau County. Marker can be reached from County Highway C north of Interstate 90/94. Marker is located inside Volk Field / Camp Williams military base, beyond the security checkpoint, on Williams Street east of Wisconsin Avenue. Touch for map. Marker is at or near this postal address: 100 Independence Drive, Camp Douglas WI 54618, United States of America. Touch for directions.

Other nearby markers. At least 8 other markers are within 11 miles of this marker, measured as the crow flies. In memory of 1st Lt. Jerome A. Volk (about 800 feet away, measured in a direct line); Wisconsin Winnebago Veterans Monument (approx. 0.2 miles away); Castle Rock (approx. ¼ mile away); Mesas and Buttes (approx. 3 miles away); Ice Age National Scientific Reserve (approx. 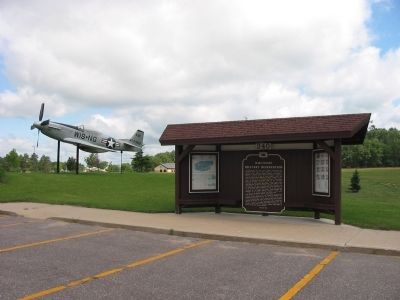 3. Volk Field / Camp Williams Memorial Cemetery. "Originally set aside as the burial site for Private Robert W. Williams, it was for years the resting place of only Private Williams and his father, Lieutenant Colonel Charles R. Williams. It has since acquired two other markers. The first is a memorial marker for Colonel Jack C. King and the second is the burial site of Brigadier General Hugh M. Simonson."
"[Private Williams] remains were among the first to be returned to the United States and were buried on the military reservation where he was born." (Submitted on June 10, 2010.) 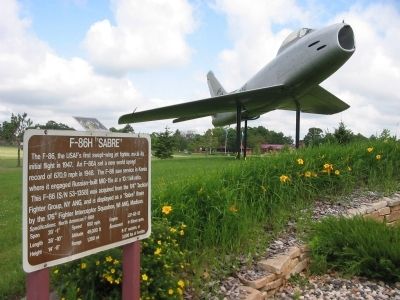 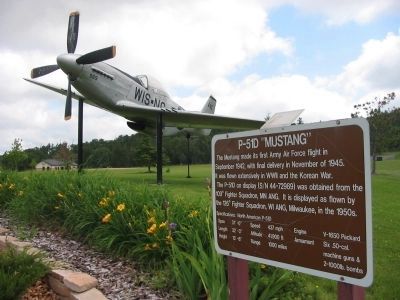 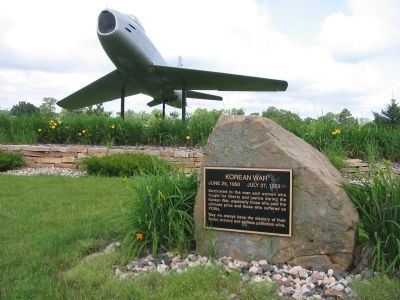 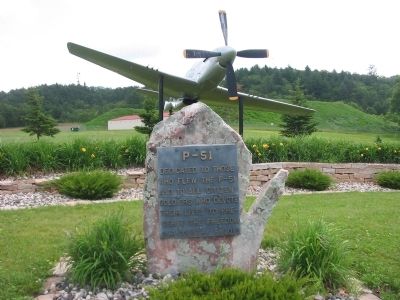 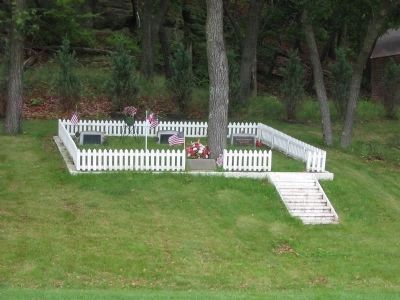 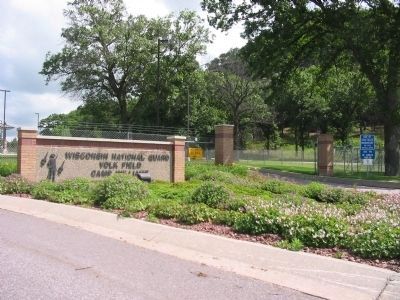