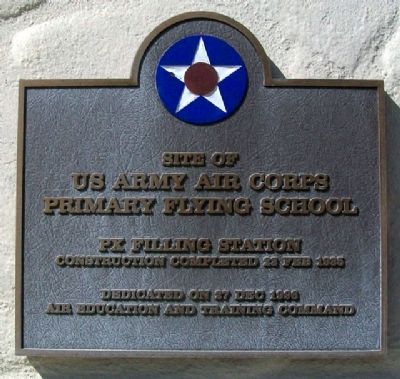 Topics and series. This historical marker is listed in these topic lists: Air & Space • Education • Industry & Commerce. In addition, it is included in the National Historic Landmarks series list. A significant historical date for this entry is February 23, 1935.

Location. 29° 32.157′ N, 98° 17.069′ W. Marker is in Randolph Air Force Base, Texas, in Bexar County. Marker is off A Street West, about 200 feet SSW of Washington Circle. Access is restricted due to Randolph AFB being an active military installation. Touch for map. Marker is in this post office area: Universal City TX 78148, United States of America. Touch for directions.

Other nearby markers. At least 8 other markers are within 3 miles of this marker, measured as the crow flies. Post Exchange (within shouting distance of this marker); Gas and Electric Sub Station (about 300 feet away, measured in a direct line); Missing Man Monument (about 400 feet away); Building 100 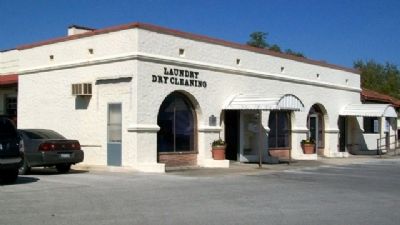