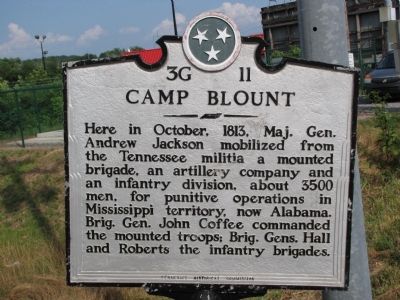 Topics and series. This historical marker is listed in these topic lists: Military • War of 1812. In addition, it is included in the Former U.S. Presidents: #07 Andrew Jackson, and the Tennessee Historical Commission series lists. A significant historical month for this entry is October 1813.

Other nearby markers. At least 8 other markers are within walking distance of this marker. Stone Arch Bridge (about 700 feet away, measured in a direct line); Trail of Tears Bell Removal Route 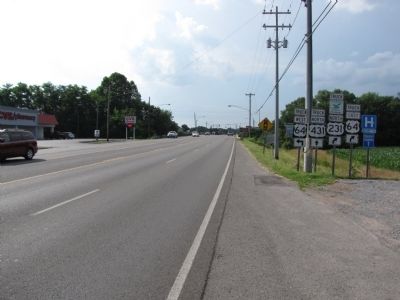 Photographed By Lee Hattabaugh, June 12, 2010
2. Camp Blount Marker
Looking North. Marker is on the right near the traffic signal sign. 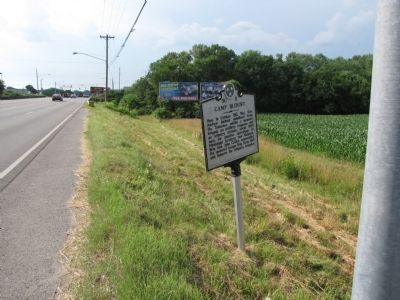 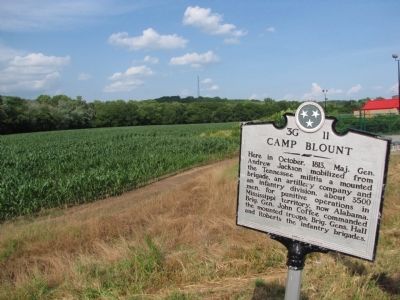