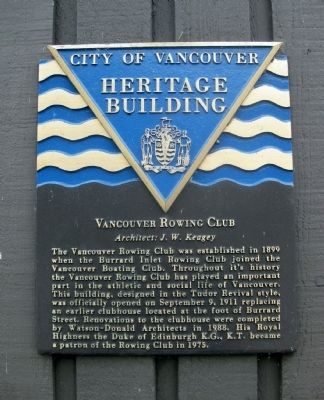 The Vancouver Rowing Club was established in 1899 when the Burrard Inlet Rowing Club joined the Vancouver Boating Club. Throughout it's history the Vancouver Rowing Club has played an important part in the athletic and social life of Vancouver. This building, designed in the Tudor Revival style, was officially opened on September 9, 1911 replacing an earlier clubhouse located at the foot of Burrard Street. Renovations to the clubhouse were completed by Watson-Donald Architects in 1988. His Royal Highness the Duke of Edinburgh K.G., K.T. became a patron of the Rowing Club in 1975.

Topics. This historical marker is listed in these topic lists: Notable Buildings • Sports. A significant historical month for this entry is September 1891.

Other nearby markers. At least 8 other markers are within 3 kilometers of this marker, measured as the crow flies. Nine O'Clock Gun (approx. 1.2 kilometers away); Creating a Vancouver Icon: the Lions Gate Bridge 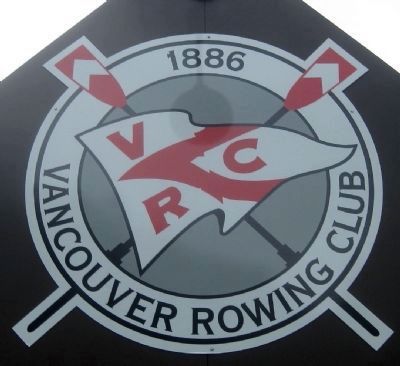 Photographed By Andrew Ruppenstein, June 11, 2010
2. Vancouver Rowing Club Seal - on the clubhouse above the entrance. 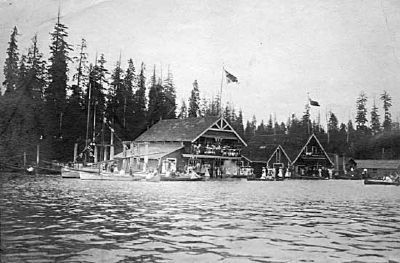 Photographed By Unknown, 1903
3. Vancouver Rowing Club from Coal Harbor (1903)
This image, from the Major Matthews collection, courtesy of the City of Vancouver Archives and depicts the earlier VRC clubhouse (with regatta and spectators), which was replaced by the current one in 1911. 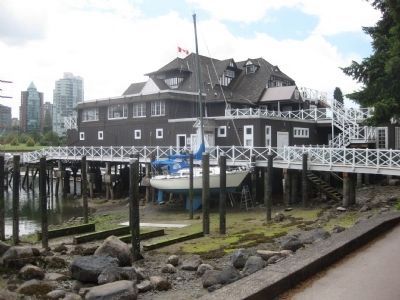 Photographed By Andrew Ruppenstein, June 11, 2010
4. Vancouver Rowing Club - View from northeast
The marker is located on north side of the building, on the second floor above water level, next to the doorway. 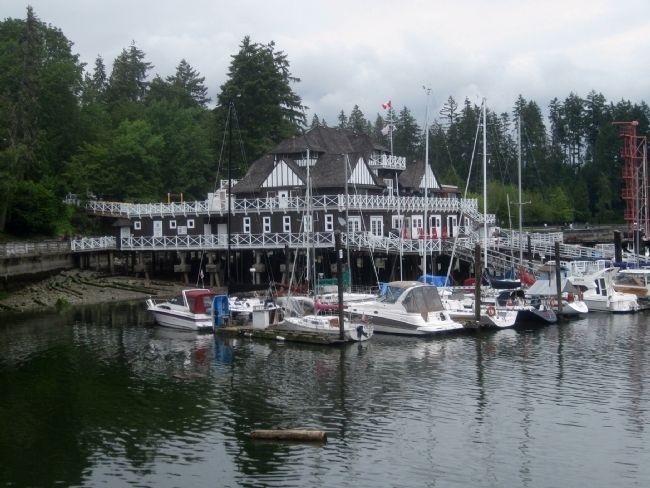