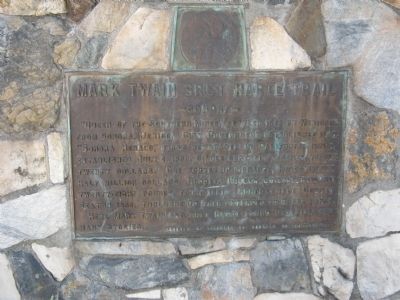 Topics and series. This historical marker is listed in this topic list: Notable Places. In addition, it is included in the Mark Twain Bret Harte Trail series list. A significant historical year for this entry is 1848.

Location. 37° 58.913′ N, 120° 22.909′ W. Marker is in Sonora, California, in Tuolumne County. Marker is on South Washington Street south of Church Street, on the right when traveling north. Marker is mounted on a stone monument a few steps south of the intersection. 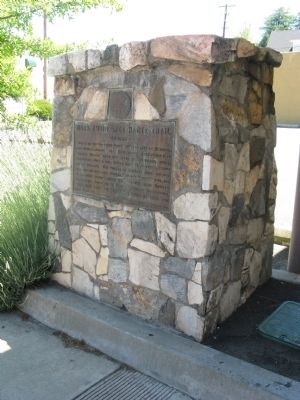 Click or scan to see
this page online
Touch for map. Marker is in this post office area: Sonora CA 95370, United States of America. Touch for directions.

More about this marker. It is noted on the Nearby Marker Sonora Fountain that the original location was about 75 feet north at the intersection of Washington and Stockton Streets. It was removed from that site in 1959 and restored to this site in 1998. 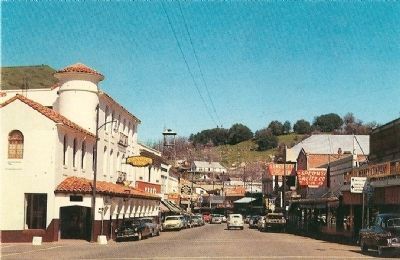 "Sonora, California is the seat of Tuolumne County. In 1848 this was known as Sonorian Camp, settled by Mexicans from the state of Sonora, Mexico. The streets were packed with as many as 5,000 miners on a Saturday night. The town was organized in 1848 to establish a hospital to treat one-half of the population who suffered from scurvy. In June of 1850 the new "gringo" government, unappreciative of Sonora's pioneers, imposed a $20 tax on foreign-born miners. Alarmed at the Yankee treachery, Mexicans and Chileans, fearing an attack pulled down their tents and left for new diggings. When the excitement subsided, Sonora found itself with but a fifth of its former poplulation"...MP 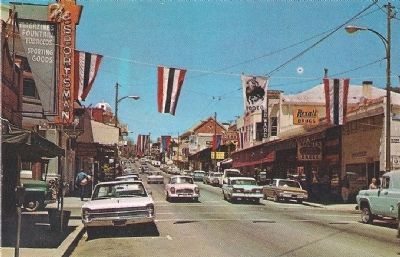 Merle Porter - Published by Royal Pictures - Colton,Ca
4. Sonora, California
Sonora is the county seat of Tuolumne. In 1848 this was a small camp settled by Mexicans from the state of Sonora. In June 1850 a tax of $20.00 was imposed on foreign-born miners. Mexicans and Chileans left the new town and went to Columbia where they hit it rich. The richest pocket mine was the Big Bonanza when three partners, who had acquired the mine at little cost in the 1870's, hit a deposit that produced $160,000 in one day, $500,000 in one week. There are a great number of old mining camps a short distance from Sonora...MP 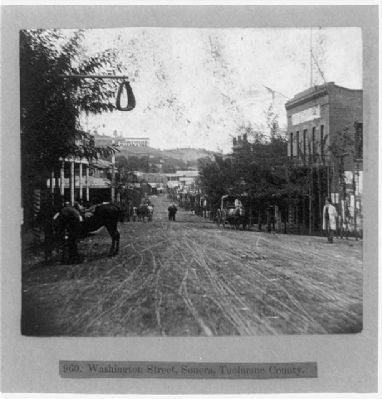 Photographed By Lawrence & Houseworth, Publisher, circa 1866
5. View of Washington Street
Courtesy of the Library of Congress Prints and Photographs Division 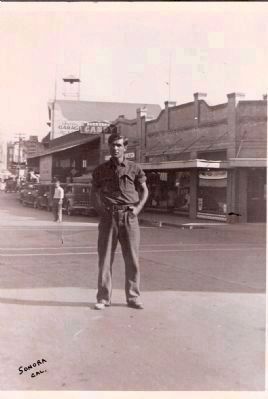