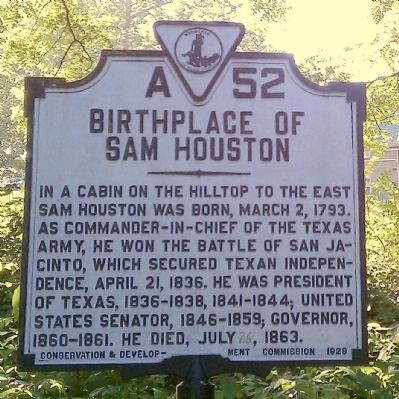 Topics and series. This historical marker is listed in this topic list: War, Texas Independence. In addition, it is included in the Virginia Department of Historic Resources series list. A significant historical month for this entry is March 1941.

Location. This marker has been replaced by another marker nearby. It was located near 37° 50.581′ N, 79° 21.551′ W. Marker was near Lexington, Virginia, in Rockbridge County. Marker could be reached from Sam Houston Way (Virginia Route 785) near North Lee Highway (U.S. 11), on the right when traveling north. This marker is located in the Sam Houston Wayside. Touch for map. Marker was in this post office area: Lexington VA 24450, United States of America. Touch for directions. 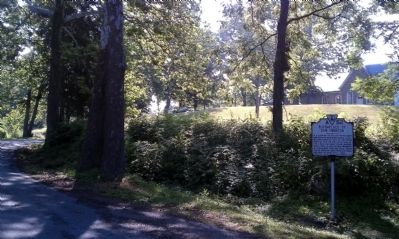 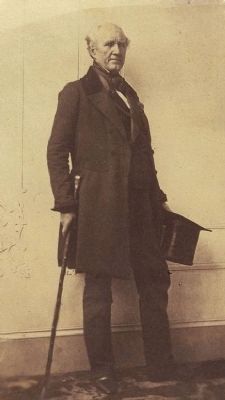