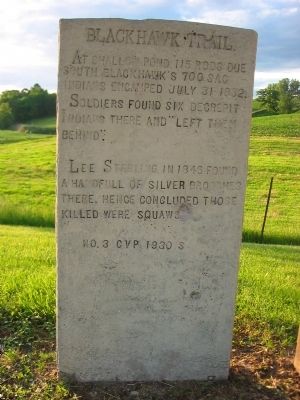 Lee Sterling in 1846 found
a handfull of silver brooches
there. Hence concluded those
killed were squaws.

Topics and series. This historical marker is listed in this topic list: Wars, US Indian. In addition, it is included in the Black Hawk War series list. A significant historical date for this entry is July 31, 1832.

Other nearby markers. At least 8 other markers are within 8 miles of this marker, measured as the crow flies. A different marker also named Black Hawk Trail (here, next to this marker); Walnut Mound Veterans Memorial 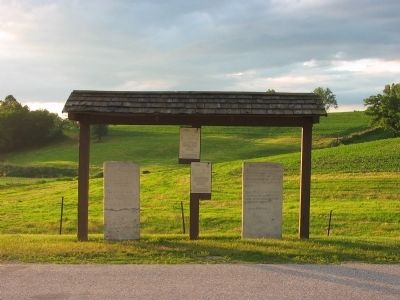 Photographed By Keith L, June 6, 2010
2. Black Hawk Trail Marker
The marker is to the right. 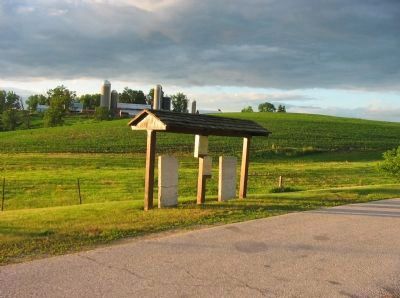 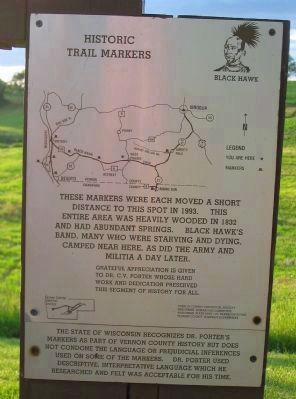 These markers were each moved a short distance to this spot in 1993. This entire area was heavily wooded in 1832 and had abundant springs. Black Hawk's band, many who were starving and dying, camped near here, as did the army and militia a day later.