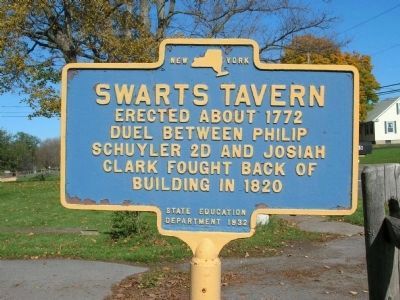 Photographed By Howard C. Ohlhous, October 1, 2007
1. Swarts Tavern Marker
Inscription.
Swarts Tavern. .
Erected about 1772 Duel Between Philip Schuyler 2d and Josiah Clark Fought Back Of Building in 1820 . . This historical marker was erected in 1932 by New York State Education Department. It is in Schoharie in Schoharie County New York

Topics. This historical marker is listed in these topic lists: Notable Buildings • War, US Revolutionary. A significant historical year for this entry is 1772. 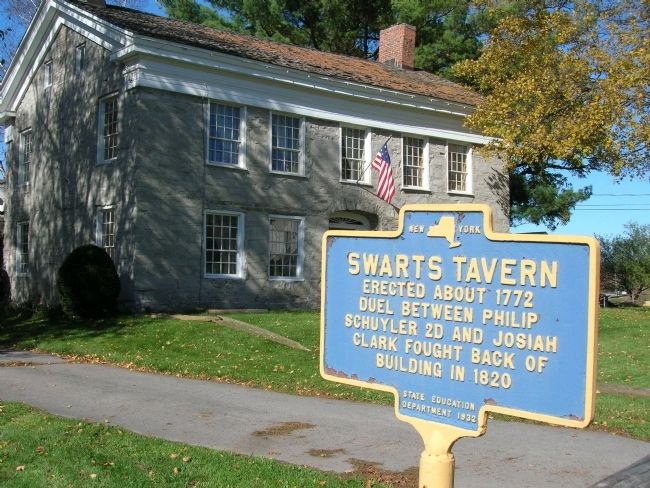 Click or scan to see
this page online
Swarts Tavern
The "Old Stone House" Was built about 1772 and used for many years as a tavern. During Sir John Johnson’s second raid on the Schoharie and Mohawk Valleys the building was set on fire by Indians on October 17, 1780 while the family was in the safety of the Old Stone Fort located a short way away. Patriot Soldiers put out the fire. Building later owned 1803 by Peter P. Snyder and in 1833 by Lodowich Fries

Swarts Tavern is now a private residence located at 455 Main Street(NY30)in the Village of Schoharie, NY.

Here was the scene of Schoharie County’s only duel, fought between Philip Schuyler 2nd (who was the grandson of Revolutionary War General Philip J. Schuyler) and his neighbor Josiah Clark. In the bar room, a quarrel ended in Clark's challenge and Schuyler named rifles and demanded immediate satisfaction on the flats in the rear of the Tavern. Seconds (trusted representatives from each party of the duel) were chosen, rifles carefully examined and loaded for their deadly work and the party repaired to the flats. It is said both were in an alcoholic haze but upon the order to fire, both rifles blazed forth and Clark fell to earth and his friends rushed to his side. Badly frightened by the sight, Schuyler fled to the Tavern, 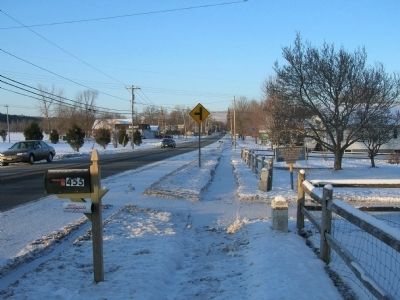 Photographed By Howard C. Ohlhous, March 29, 2008
3. Swarts Tavern Marker - North Main Street, Schoharie, NY
and Clark soon revived, not a mark could be found upon him and it appears that he had collapsed from fright. In later years it leaked out that the seconds had carefully refrained from loading the rifles with anything other than plenty of powder and well rammed hornet's nest wadding. 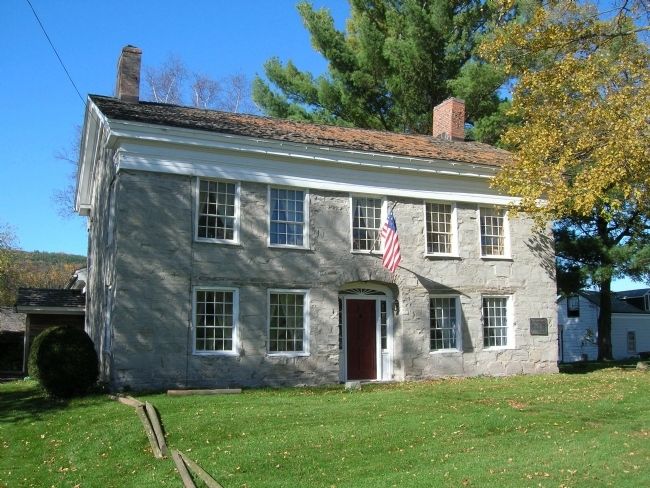 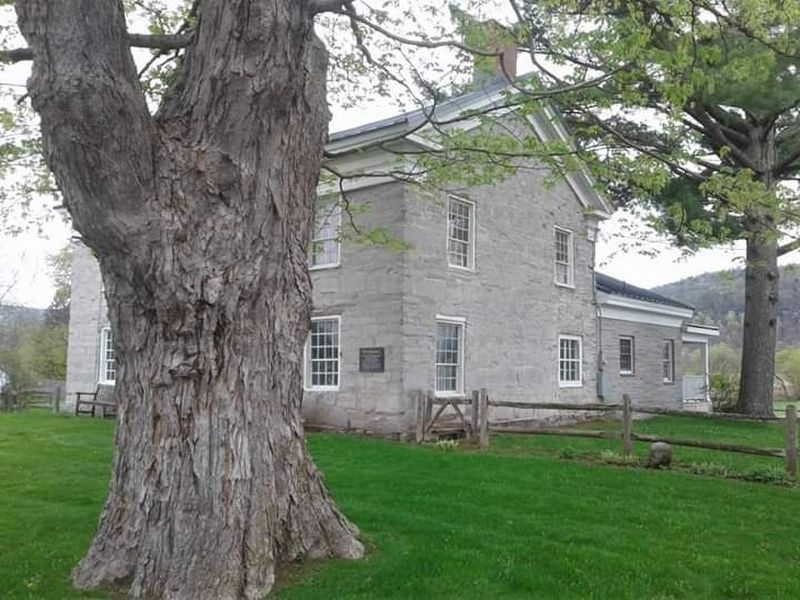 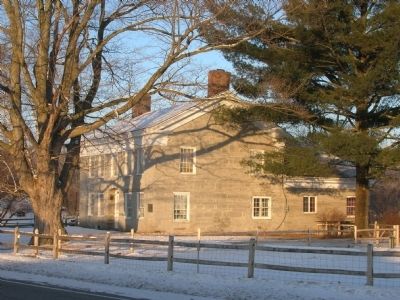 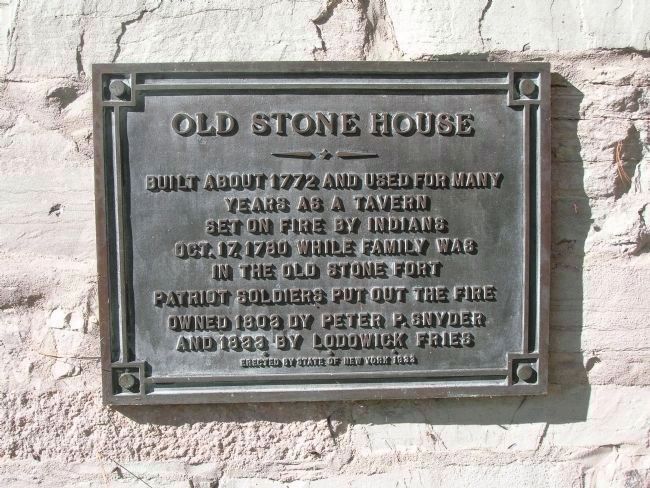 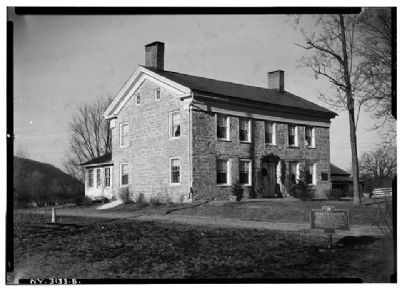 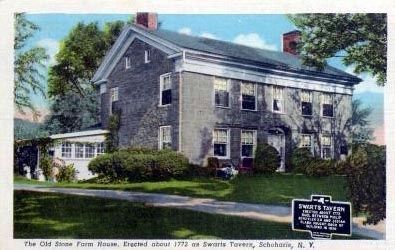 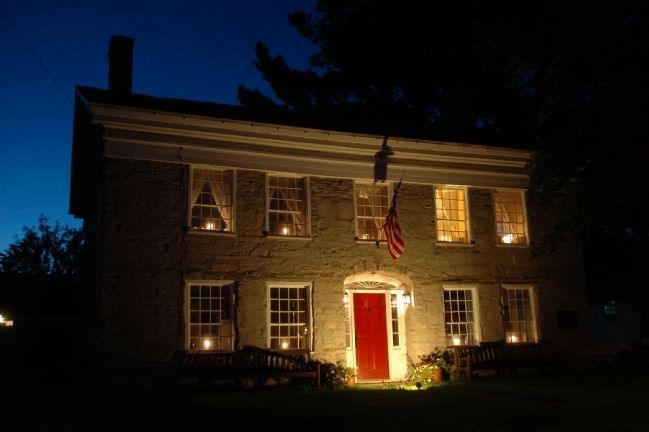