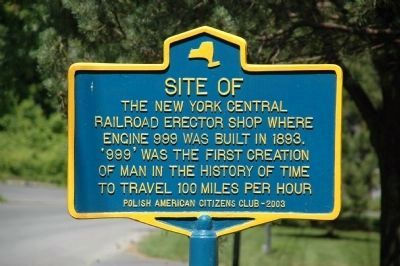 Site Of
The New York Central
Railroad erector shop where
Engine 999 was built in 1893.
'999' was the first creation
of man in the history of time
to Travel 100 Miles per Hour

Topics. This historical marker is listed in these topic lists: Industry & Commerce • Railroads & Streetcars. A significant historical year for this entry is 1893. 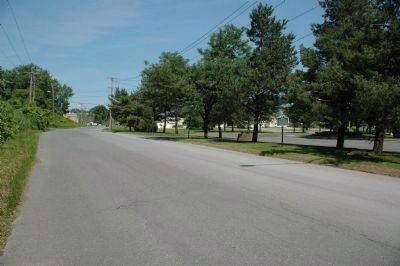 Photographed By Howard C. Ohlhous, June 25, 2010
2. Site of New York Central Railroad Erector Shop Marker
The marker is on the right, beside Commerce Ave., in Albany.

Additional commentary.
1. Engine 999
On the afternoon of May 9th, 1893 on the New York Central main line, just west of Batavia, New York, Engine 999 became the first man made vehicle to travel faster than 100 miles per hour when Batavian Charlie Hogan opened the throttle wide in an effort to make up time on the Rochester to Buffalo run.

The 999 Steam Locomotive was a new concept in speed locomotives. Engine 999 was assigned to hail the New York Central Railroad's brilliant new passenger train, the Empire State Express. On May 10, 1893, the 999 became the fastest land vehicle when it reached a record speed of 112.5 mph. The 999 maintained the record for a decade.

Designed by William Buchanan and manufactured by the New York Central Railroad in West Albany, New York in 1893, the 999 was commissioned to haul the Empire State Express, which ran from Syracuse to Buffalo. This relatively smooth run and the 999's 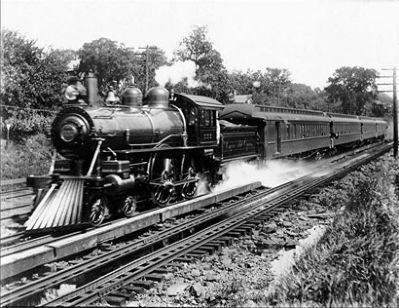 Following its record-setting run, "The World's Fastest Locomotive" toured the country and was displayed at the 1893 World's Columbian Exposition in Chicago. After the Exposition, the 999 continued to provide passenger and freight service for many years. The famous locomotive returned to Chicago in 1933 for the A Century of Progress World's Fair and again from 1948-49 for the Chicago Railroad Fair.
Eventually, technological innovation in the railroad industry limited the 999's use. In May of 1952, following a reenactment of its record-breaking run, the 999 was retired from service.

In 1962, the Museum of Science and Industry, located in Chicago, acquired the 999 and displayed it outside. Following a complete restoration from June to October 1993, the 999 was brought inside to its present location in November 1993. 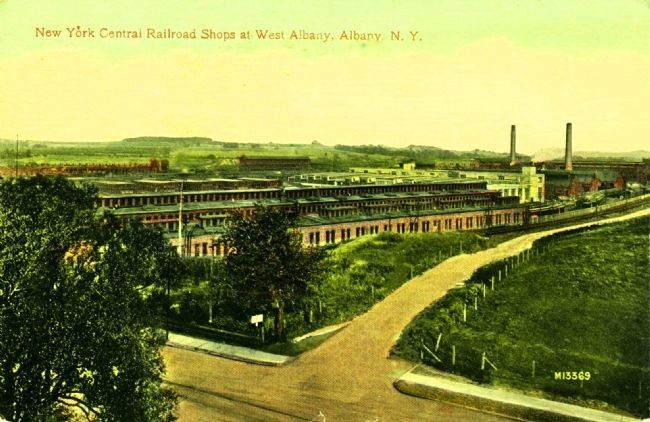