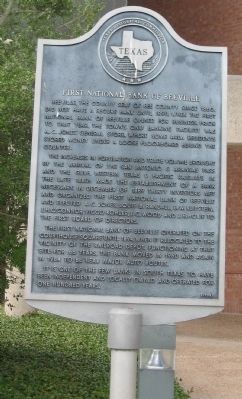 Beeville, the county seat of Bee County since 1860, did not have a secure bank until 1890, when the First National Bank of Beeville opened for business. Prior to that year, the town's only banking facility was A.C. Jones' general store, where some area residents stored money under a loose floorboard behind the counter.

The increases in population and trade volume brought by the arrival of the San Antonio & Aransas Pass and the Gulf,Western Texas & Pacific Railways in the late 1880s made the establishment of a bank necessary. In December of 1889 thirty investors met and organized the First National Bank of Beeville and elected A.C. Jones, Louis B. Randall, B.W. Klipstein, J.H. O'Connor, Viggo Kohler, J.C. Wood and J.R. Hoxie to the first board of directors.

The first National Bank of Beeville operated on the courthouse square until 1894, when it relocated to the vicinity of the railroad depot. Functioning at that site for 66 years, the bank moved in 1960 and again in 1984 to be near major auto routes.

It is one of the few banks in South Texas to have been independent and locally owned and operated for one hundred years. 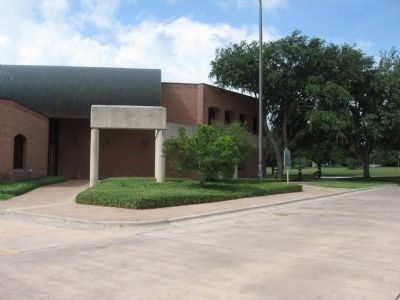 Topics. This historical marker is listed in this topic list: Industry & Commerce. A significant historical month for this entry is December 1889. 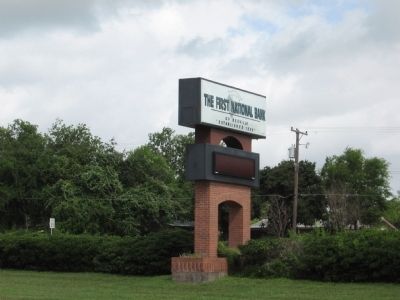