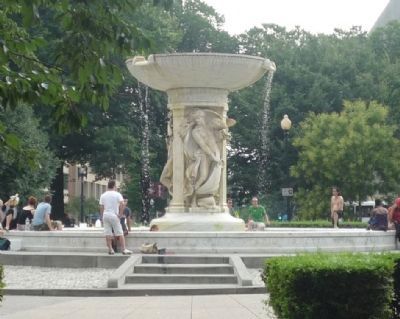 Samuel Francis Du Pont, United States Navy, 1803 - 1865
This memorial fountain replaces a statue erected by the Congress of the United States in recognition of his distinguished services.

Topics. This historical marker is listed in these topic lists: Military • War, Mexican-American • War, US Civil. A significant historical year for this entry is 1803.

By Richard E. Miller, June 27, 2010
2. "This Memorial fountain replaces a statue erected by the Congress..."
Close-up of inscription, north face of the memorial fountain pool in Du Pont Circle Park.

More about this marker. Daniel Chester French and architect Henry Bacon, the co-creators of the Lincoln Memorial, designed the fountain, which features carvings of three classical figures symbolizing the sea, the stars and the wind on the fountain's shaft.

Additional commentary.
1. Honoring Admiral Dupont
Pacific Circle became Dupont Circle in 1882 in honor Civil War hero Admiral Samuel Dupont and in 1884, a bronze statue of the admiral by Launt Thompson was erected in the circle. In 1922, the statue was moved to Rockford Park in Wilmington Delaware and replaced by the current fountain, commissioned by the Dupont family and sculpted by Daniel Chester French. 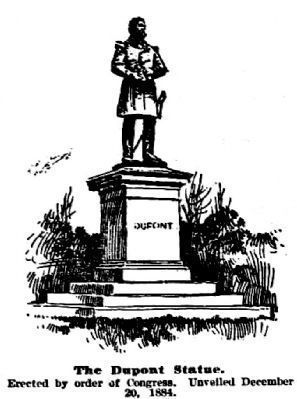 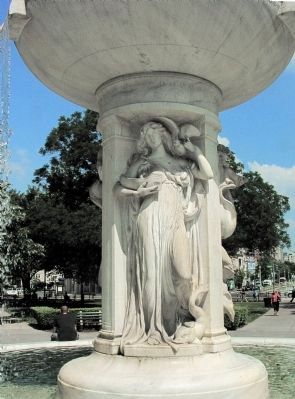 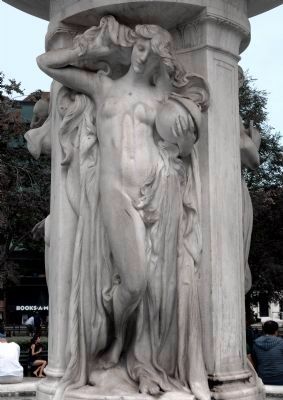 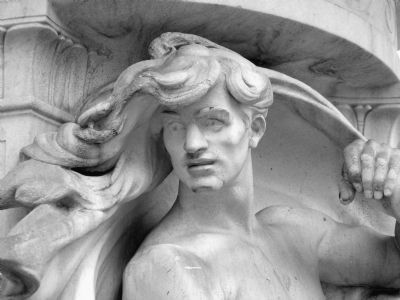 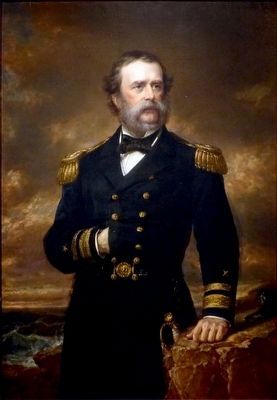