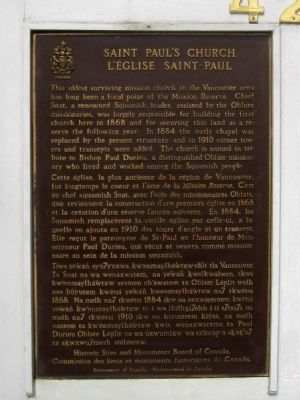 {In English:}
The oldest surviving mission church in the Vancouver area has long been a focal point of the Mission Reserve. Chief Snat, a renowned Squamish leader, assisted by the Oblate missionaries, was largely responsible for building the first church here in 1868 and for securing this land as a reserve in the following year. In 1884 the early chapel was replaced by the present structure and in 1910 corner towers and transepts were added. The church is named in tribute to Bishop Paul Durieu, a distinguished Oblate missionary who lived and worked among the Squamish people. 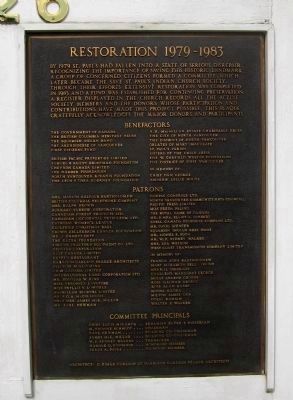 Photographed By Andrew Ruppenstein, June 9, 2010
2. St. Paul's Church - Restoration 1979-1983 Marker
Directly to the left of the historical marker is a plaque commemorating the restoration of St. Paul's. The text of the plaque is presented below.

By 1979, St. Paul's had fallen into serious disrepair. Recognizing the importance of saving this historic landmark, a group of concerned citizens formed which later became the Save Saint Paul's Indian Church Society. Through their efforts extensive restoration was completed in 1883 and a fund was established for continuing preservation. A register displayed in the church records all the active society members and donors whose participation and contributions have made this project possible. This plaque gratefully acknowledges the major donors and participants.

In the interest of saving space, the plaque's list of donor's is omitted here but can be read by clicking on the above picture of the plaque.

Topics. This historical marker is listed in these topic lists: Churches & Religion • Native Americans. A significant historical year for this entry is 1868. 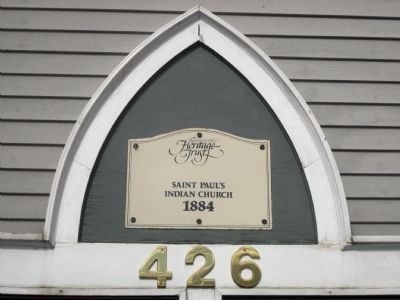 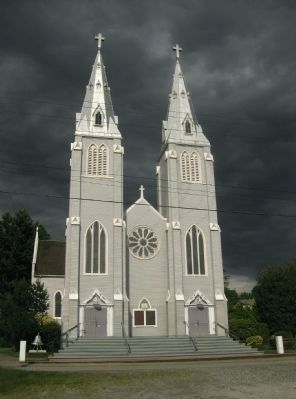 Photographed By Andrew Ruppenstein, June 9, 2010
4. St. Paul's Church - Wide View of Markers
The markers are easily visible in this picture, mounted on the church between the two front entrances. 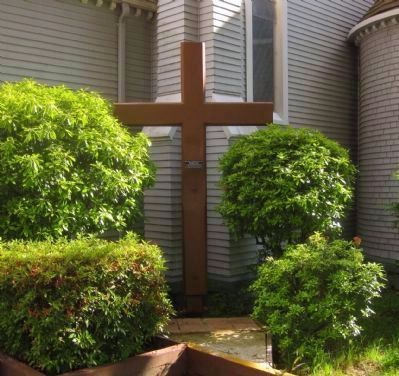 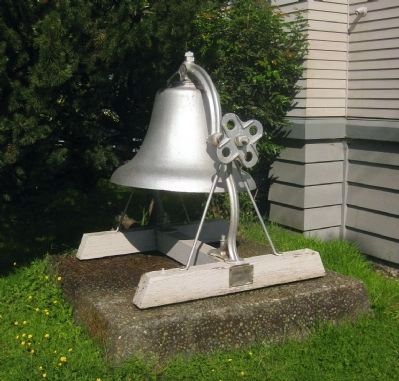 Photographed By Andrew Ruppenstein, June 9, 2010
6. Original Church Bell (1881) - located on the left-front side of the Church 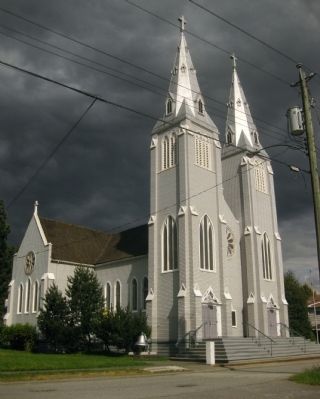 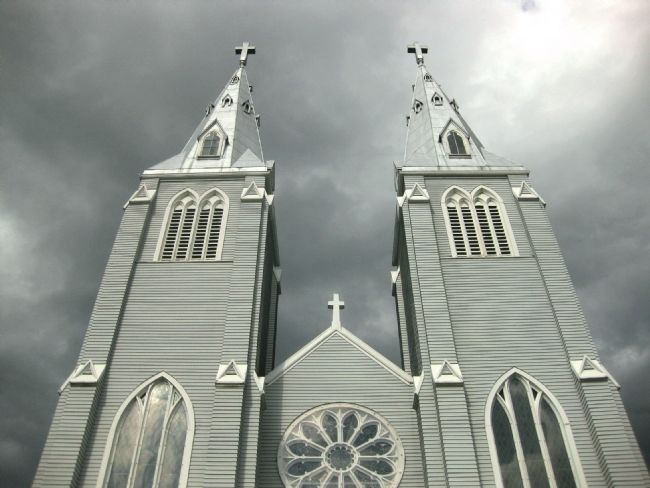