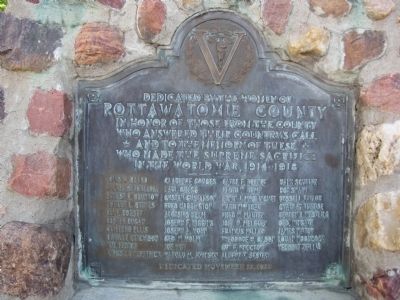 Dedicated by the women of POTTAWATOMIE COUNTY in honor of those from the county who answered their country's call and to the memory of those who made the supreme sacrifice in the World War, 1914-1918

Erected 1923 by Women of Pottawatomie County.

Topics. This historical marker is listed in these topic lists: Heroes • Patriots & Patriotism • War, World I. 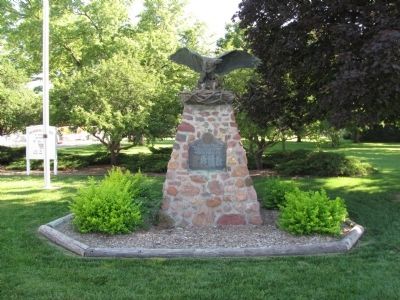 Click or scan to see
this page online
39° 12.067′ N, 96° 18.2′ W. Marker is in Wamego, Kansas, in Pottawatomie County. Marker is at the intersection of 4th Street and Ash Street, on the left when traveling east on 4th Street. Touch for map. Marker is in this post office area: Wamego KS 66547, United States of America. Touch for directions.

Other nearby markers. At least 8 other markers are within 6 miles of this marker, measured as the crow flies. World War Memorial (a few steps from this marker); 1893 Chicago World's Fair Statues (about 600 feet away, measured in a direct line); Sand and Quartz Boulder (about 600 feet away); Old Dutch Mill (about 700 feet away); Colonel Raymond E. Morris, USAF Retired (approx. 0.2 miles away); War Memorial (approx. ¾ mile away); Vieux Cemetery (approx. 4.8 miles away); The Vieux Crossing (approx. 5½ miles away). Touch for a list and map of all markers in Wamego. 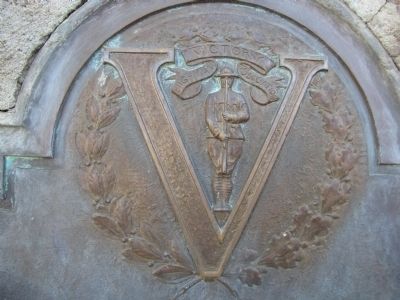 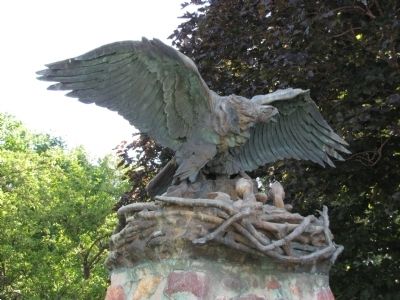