The University of Wisconsin-Milwaukee 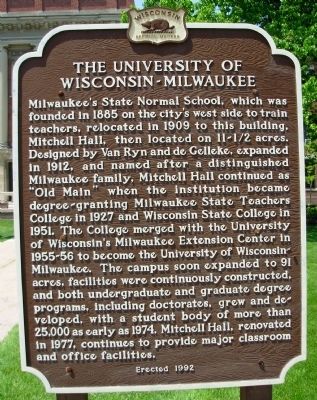 Milwaukee’s State Normal School, which was founded in 1885 on the city’s west side to train teachers, relocated in 1909 to this building, Mitchell Hall, then located on 11–1/2 acres. Designed by Van Ryn and de Gelleke, expanded in 1912, and named after a distinguished Milwaukee family, Mitchell Hall continued as “Old Main” when the institution became degree-granting Milwaukee State Teachers College in 1927 and Wisconsin State College in 1951. The College merged with the University of Wisconsin’s Milwaukee Extension Center in 1955-56 to become the University of Wisconsin-Milwaukee. The campus soon expanded to 91 acres, facilities were continuously constructed, and both undergraduate and graduate degree programs, including doctorates, grew and developed, with a student body of more than 25,000 as early as 1974. Mitchell Hall, renovated in 1977, continues to provide major classroom and office facilities. 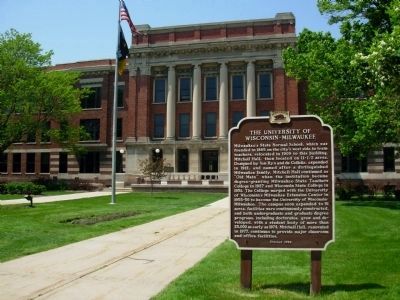 By Paul F, May 25, 2010
2. Mitchell Hall
• Notable Buildings. In addition, it is included in the Wisconsin Historical Society series list. 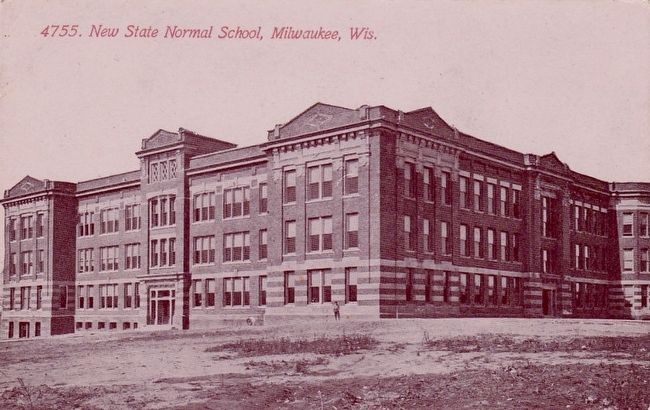