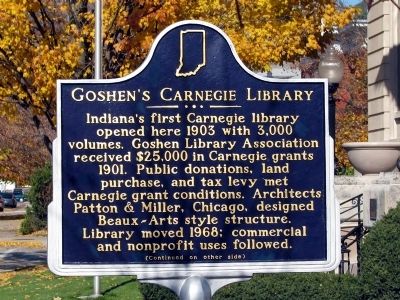 Topics and series. This historical marker is listed in these topic lists: Architecture • Charity & Public Work • 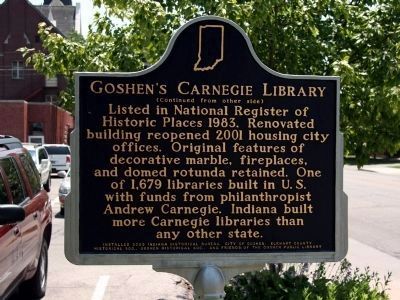 Click or scan to see
this page online
Government & Politics. In addition, it is included in the Carnegie Libraries, and the Indiana Historical Bureau Markers series lists. A significant historical year for this entry is 1903. 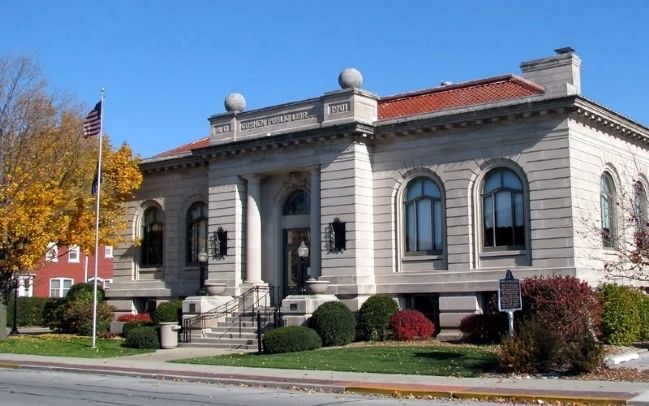 Photographed By Dave Zollinger, fall 2008
3. Goshen's Carnegie Library Marker
. The IHB provides reference notes on the text of this marker. (Submitted on February 6, 2013, by Duane Hall of Abilene, Texas.) 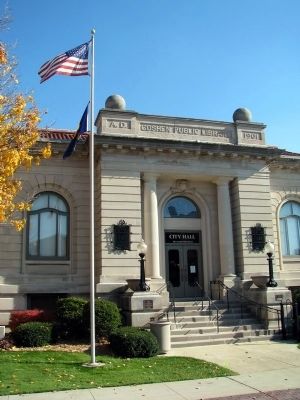