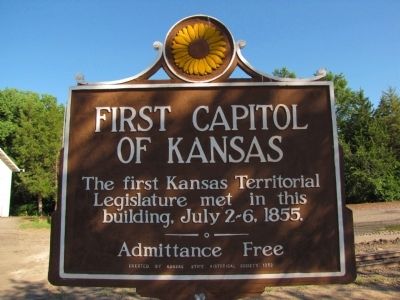 The first Kansas Territorial Legislature met in this building, July 2-6, 1855.

Topics and series. This historical marker is listed in this topic list: Government & Politics. In addition, it is included in the Kansas Historical Society series list. A significant historical year for this entry is 1855. 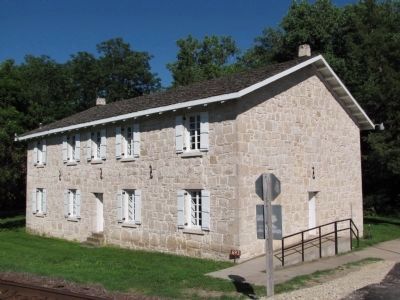 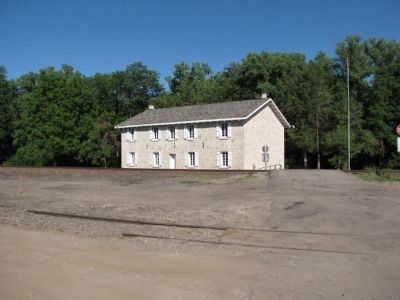 Photographed By Lee Hattabaugh, June 30, 2010
3. First Capitol of Kansas
The Union Pacific tracks (an active line) run in front of the building. 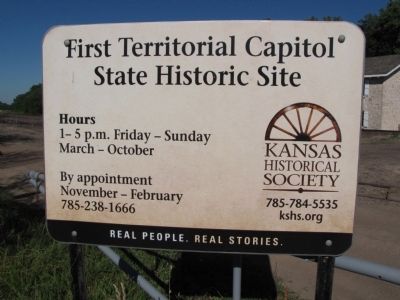 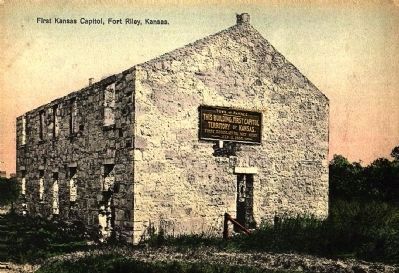