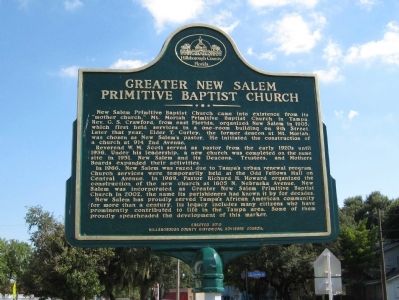 New Salem Primitive Baptist Church came into existence from its "mother church," Mt. Moriah Primitive Baptist Church in Tampa. Rev. G.S. Crawford, from east Florida, organized New Salem in 1905, which first held services in a one-room building on 9th Street. Later that year, Elder T. Gurley, the former deacon at Mt. Moriah, was chosen as New Salem's pastor. He initiated the construction of a church at 914 2nd Avenue.
Reverend W. M. Scott served as pastor from the early 1920s until 1956. Under his leadership, a new church was completed on the same site in 1951. New Salem and its Deacons, Trustees, and Mothers Boards expanded their activities.
In 1966, New Salem was razed due to Tampa's urban renewal program. Church services were temporarily held at the Odd Fellows Hall on Central Avenue. In 1969, Pastor Richard H. Howard organized the construction of the new church at 1605 N. Nebraska Avenue. New Salem was incorporated at Greater New Salem Primitive Baptist Church in 2002, the name its parishioners had known it by for decades.
New Salem has proudly served Tampa's African American community for more than a century. Its 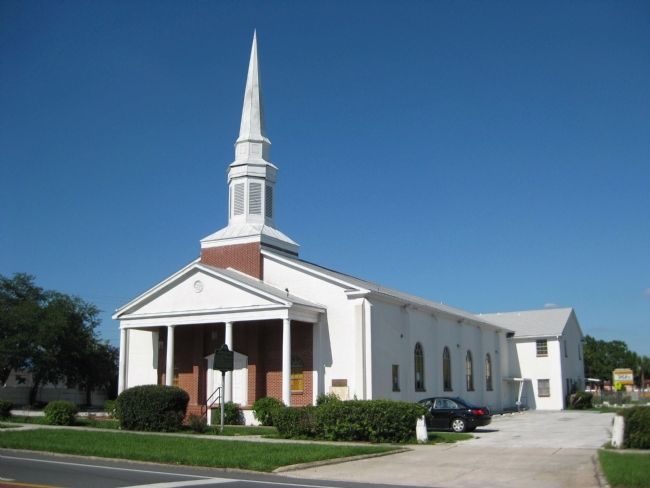 Click or scan to see
this page online
legacy includes many citizens who have prominently contributed to life in the Tampa area. Some of them proudly spearheaded the development of this marker.

Topics. This historical marker is listed in these topic lists: African Americans • Churches & Religion. A significant historical year for this entry is 1905. 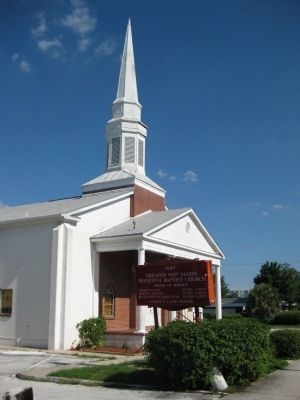 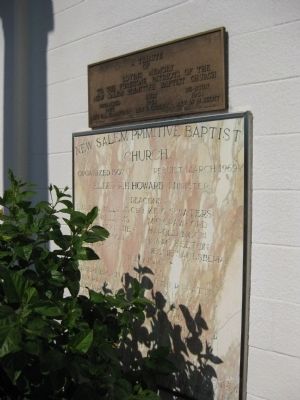 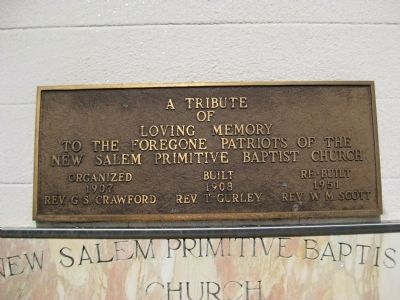