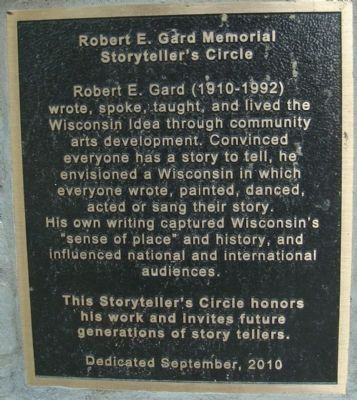 Robert E. Gard (1910-1992) wrote, spoke, taught, and lived the Wisconsin Idea through community arts development. Convinced everyone has a story to tell, he envisioned a Wisconsin in which everyone wrote, painted, danced, acted or sang their story. His own writing captured Wisconsin's "sense of place" and history, and influenced national and international audiences.

This Storyteller's Circle honors his work and invites future generations of story tellers.

Other nearby markers. At least 8 other markers are within walking distance of this marker. Rasmus Björn Anderson (here, next to this marker); Natural Wonders 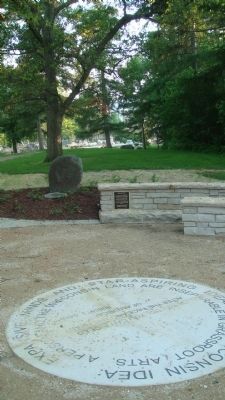 "A person and the Wisconsin land are inseparable in grassroots arts 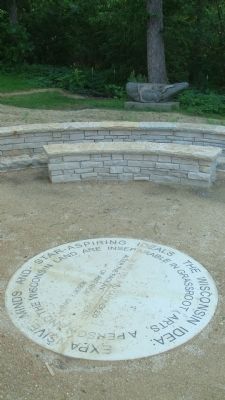 By William J. Toman, June 24, 2010
3. Another View of Storyteller's Circle
With the Rasmus Björn Anderson marker in the background. 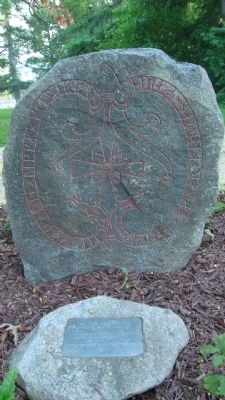 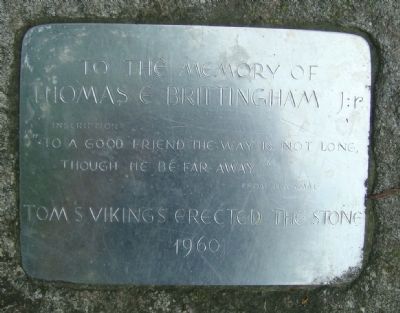