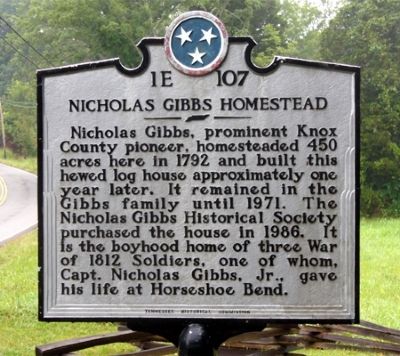 Nicholas Gibbs, a prominent Knox County Pioneer homesteaded 450 acres here in 1792 and built this hewed log house approximately one year later. It remained in the Gibbs family until 1971. The Nicholas Gibbs Historical Society purchased the house in 1986. It was the boyhood home of three War of 1812 soldiers, one of whom, Capt. Nicholas Gibbs Jr. gave his life at Horseshoe Bend.

Topics and series. This historical marker is listed in these topic lists: Landmarks • Notable Buildings • Settlements & Settlers • War of 1812. In addition, it is included in the Tennessee Historical Commission series list. A significant historical year for this entry is 1792.

Other nearby markers. At least 8 other markers are within 8 miles of this marker, measured as the crow flies. Nicholas Gibbs (approx. 0.8 miles away); George Mann 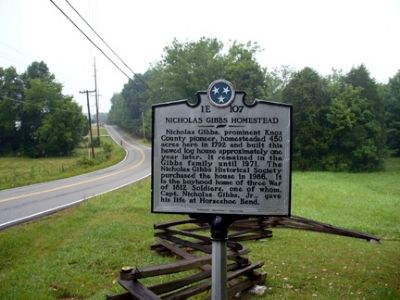 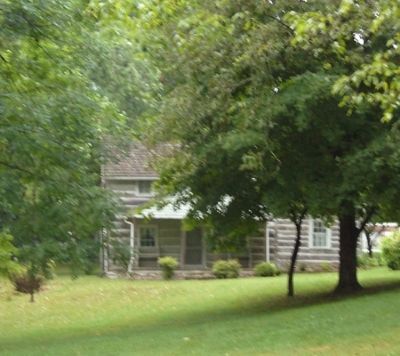 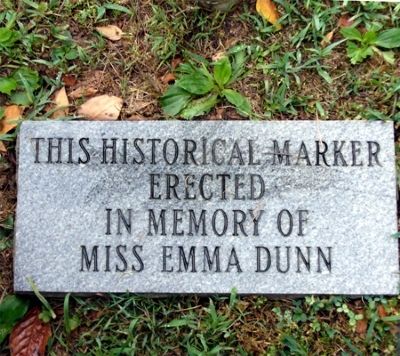 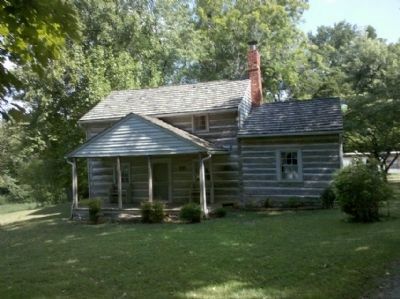