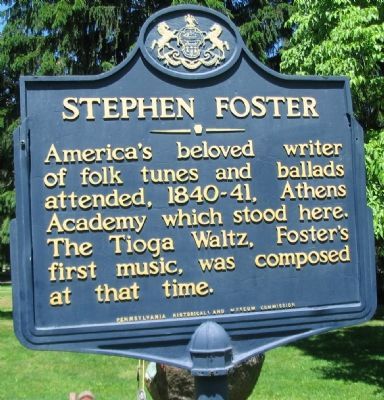 By Craig Swain, May 30, 2010
1. Stephen Foster Marker
Inscription.
Stephen Foster. . America's beloved writer of folk tunes and ballads attended, 1840-41, Athens Academy which stood here. The Tioga Waltz, Foster's first music, was composed at that time. . This historical marker was erected in 1947 by Pennsylvania Historical and Museum Commission. It is in Athens in Bradford County Pennsylvania

Topics and series. This historical marker is listed in this topic list: Arts, Letters, Music. In addition, it is included in the Pennsylvania Historical and Museum Commission series list. 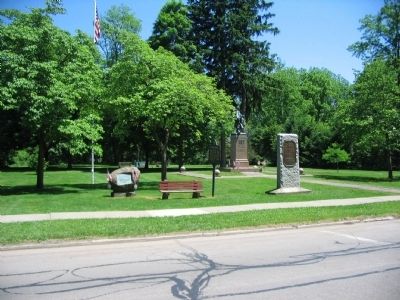 By Craig Swain
2. Monument and Markers in the Memorial Park