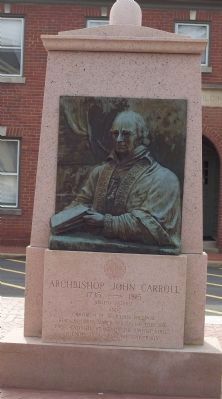 Photographed By Tom Fuchs, April 3, 2010
1. Archbishop John Carroll Monument
Inscription.
Archbishop John Carroll. Ardent patriot and champion of religious freedom. Born in Upper Marlborough on this site. First Catholic bishop of the United States. Founder of Georgetown University. . This historical marker was erected in 1976 by the Society of Pilgrims of St. Mary’s Maryland and friends. Dedicated by William Cardinal Baum, Archbishop of Washington on October 30. Felix W. de Weldon, Sculptor. It is in Upper Marlboro in Prince George's County Maryland

Ardent patriot and champion of religious freedom. Born in Upper Marlborough on this site. First Catholic bishop of the United States. Founder of Georgetown University. 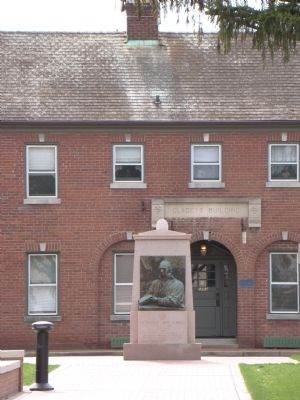 Excerpt: “In response to a petition sent by the Maryland clergy to Rome, 6 November, 1783, for permission for the missionaries here to nominate a superior who should have some of the powers of a bishop, Father Carroll, having been selected, was confirmed by the pope, 6 June, 1784, as Superior of the Missions in the thirteen United States of North America, with power to give confirmation. He was asked to send a report of the state of Catholicity in the United States. This same year a minister named Charles Henry Wharton, a Marylander, an ex-Jesuit, and distant 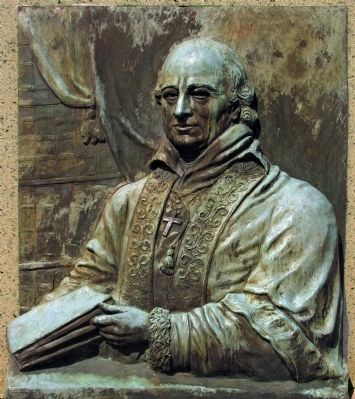 Photographed By Allen C. Browne, July 9, 2011
3. Archbishop John Carroll
1976 bronze relief by Felix W. de Weldon (1907–2003) is 3¼ feet tall and 3¾ feet wide.
relative of Father Carroll, attacked the Church, and was answered by Carroll in ‘An Address to the Roman Catholics of the United States of North America.’ Its aim and spirit may be gauged from one of its passages wherein Carroll said: ‘General and equal toleration, by giving a free circulation to fair argument, is a most effectual method to bring all denominations of Christians to an unity of faith.’ The work was published at Annapolis in 1784, and is the first Catholic work written by an American Catholic published in the United States.

“Father Carroll was, all the while, distracted, personally wishing the rehabilitation of the Society of Jesus and to remain himself a Jesuit. But officially seeing the need of a bishop, and that too an American, he decided to accept the pope’s appointment of himself, and forthwith as Prefect Apostolic sent (Feb., 1785), to Cardinal Antonelli, his acceptance of that office, but urged that some method of appointing church authorities be adopted by Rome that would not make it appear as if they were receiving their appointment from a foreign power. A report of the status of Catholics in Maryland was appended to his letter, where he stated that 9000 were freemen, 3000 children, and 3000 negro slaves; that some of the more prominent families, despite the dearth of priests (there being then only nineteen in Maryland) were still Catholics 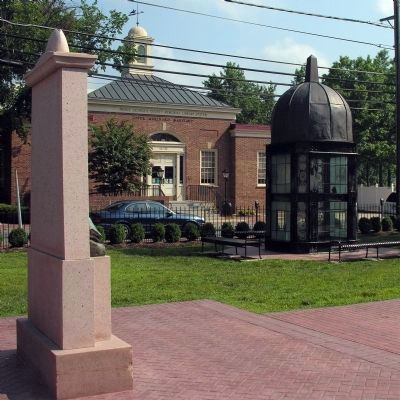 “The pope was so pleased with Father Carroll’s report that he granted his request ‘that the priests in Maryland be allowed to suggest two or three names from which the Pope would choose their bishop.’

“In the meanwhile Father Carroll took up his residence in Baltimore (1786-7), where even Protestants were charmed by his sermons delivered in old St. Peter’s church. He took an active part in municipal affairs, especially in establishing schools, Catholic and non-Catholic, being president of the Female Humane Charity School of the City of Baltimore, one of three trustees for St. Joh’s College at Annapolis, founder of Georgetown College (1791), head of the Library Company, the pioneer of the Maryland Historical Society, and President of the trustees of Baltimore College (1803). ” (Submitted on April 6, 2010, by J. J. Prats of Powell, Ohio.) 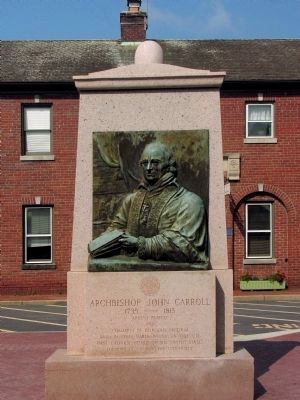 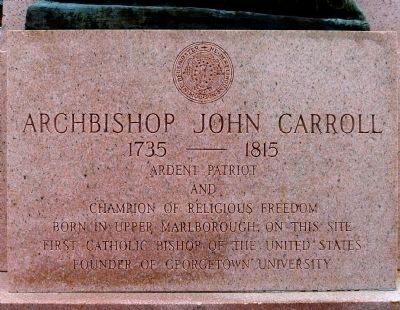 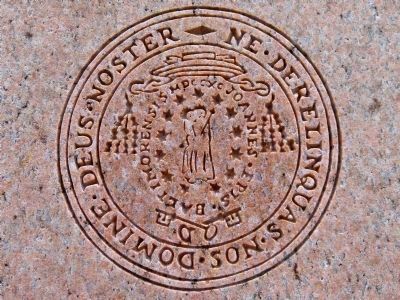 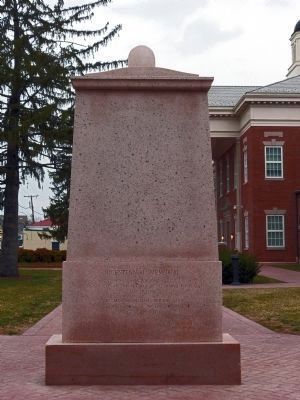 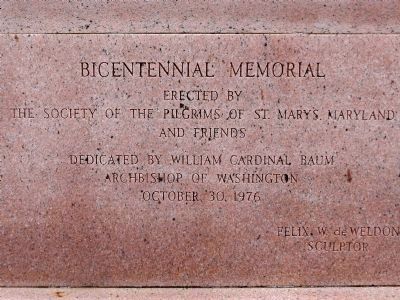 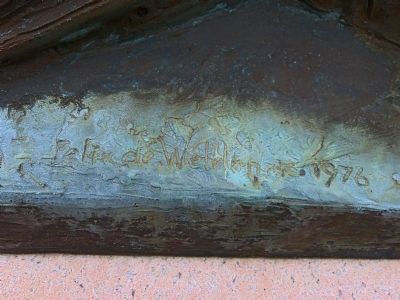 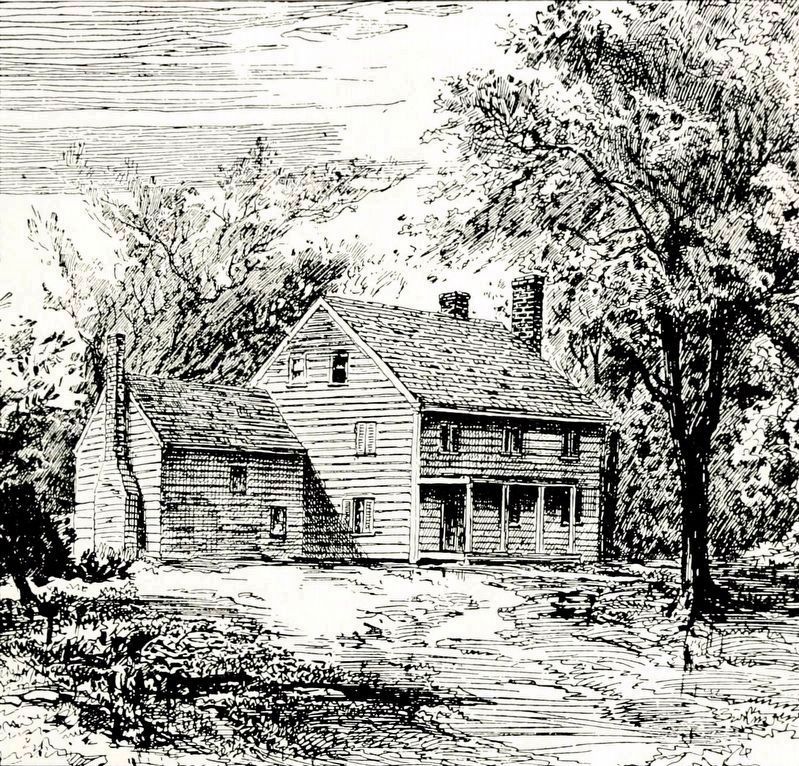