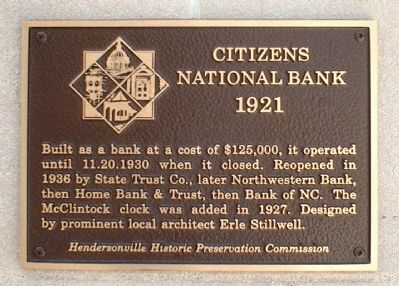 By Mike Stroud, May 23, 2010
1. Citizens National Bank Marker
Inscription.
Citizens National Bank. Built as a bank at a cost of $125,000, it operated until 11.20.1930 when it closed. Reopened in 1936 by State Trust Co., later Northwestern Bank, then Home Bank and Trust, then Bank of N.C. The McClintock clock was added in 1927. Designed by prominent local architect Erle Stillwell. . This historical marker was erected by Hendersonville Historic Preservation Commission. It is in Hendersonville in Henderson County North Carolina

Topics. This historical marker is listed in these topic lists: Industry & Commerce • Notable Buildings. A significant historical year for this entry is 1930. 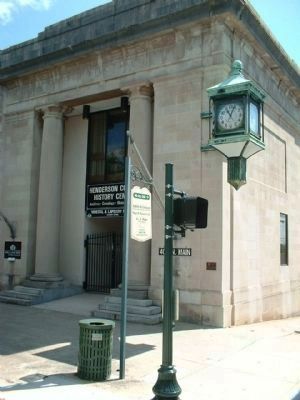 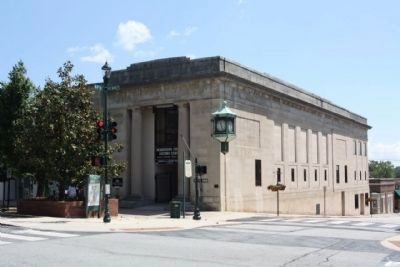