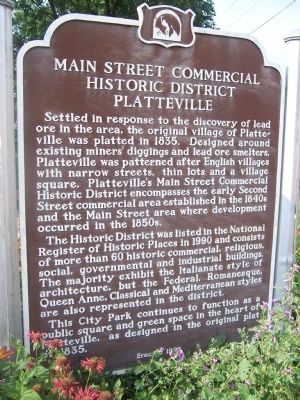 Settled in response to the discovery of lead ore in the area, the original Village of Platteville was platted in 1835. Designed around existing miners' diggings, and lead ore smelters, Platteville was patterned after English villages with narrow streets, thin lots, and a village square. Platteville's Main Street Commercial Historic District encompasses the early Second Street commercial area established in the 1840s and the Main Street area where development occurred in the 1850s.
The Historic District was Listed in the National Register of Historic Places in 1990 and consists of more than 60 historic commercial, religious, social, governmental and industrial buildings. The majority exhibit the Italianate style of architecture, but the Federal, Romanesque, Queen Anne, Classical and Mediterranean styles are also represented in the district.
This City Park continues to function as a public square and green space in the heart of Platteville, as designed in the original plat of 1835. 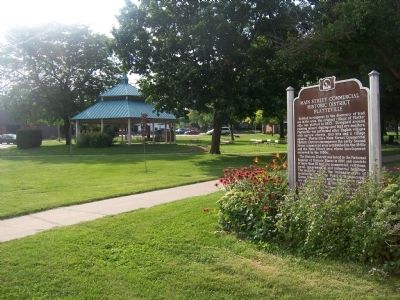 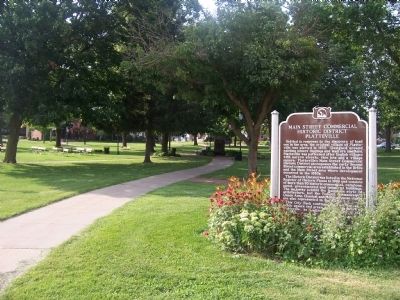 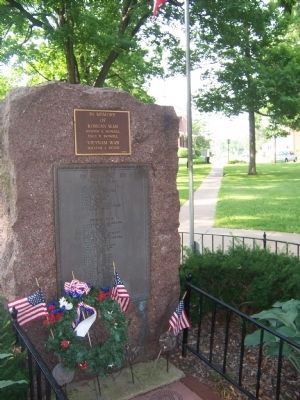 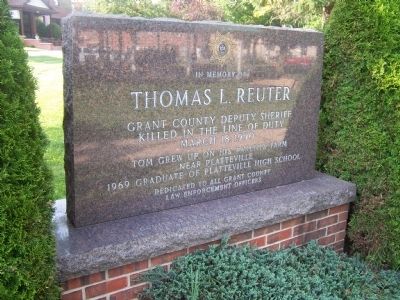