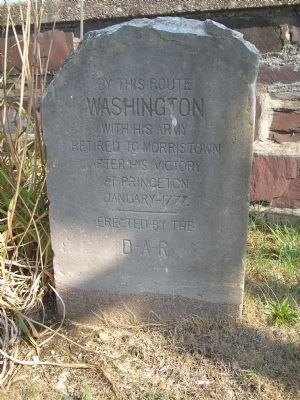 Topics and series. This historical marker is listed in these topic lists: Notable Events • War, US Revolutionary. In addition, it is included in the Daughters of the American Revolution (DAR) series list. A significant historical year for this entry is 1777.

Location. 40° 22.495′ N, 74° 36.927′ W. Marker is in Kingston, New Jersey, in Somerset County. Marker is at the intersection of Main Street (New Jersey Route 27) and Church Street, on the right when traveling west on Main Street. Touch for map. Marker is in this post office area: Kingston NJ 08528, United States of America. Touch for directions. 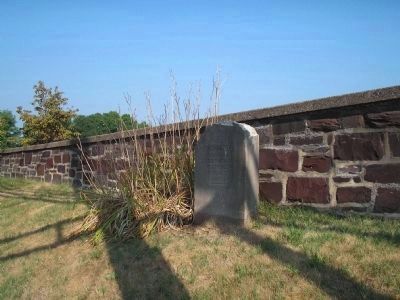 Related markers. Click here for a list of markers that are related to this marker. A list of markers along the route Washington’s Army took from Princeton to Morristown. It's best to study them in the order shown.

Also see . . .
1. New Jersey During the Revolution. Website that details the Revolutionary War in New Jersey. Included are the Battle of Princeton and the encampments at Morristown. (Submitted on July 17, 2010, by Bill Coughlin of Woodland Park, New Jersey.) 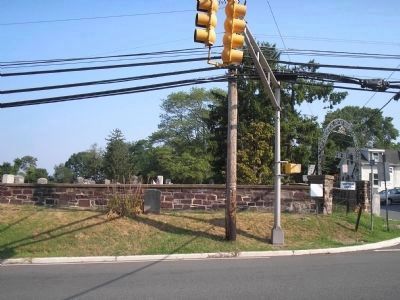 Photographed By Bill Coughlin, July 17, 2010
3. Marker on Main Street
Marker is seen here along the southern wall of the Kingston Presbyterian Cemetery. 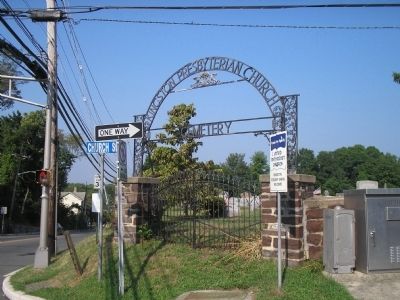