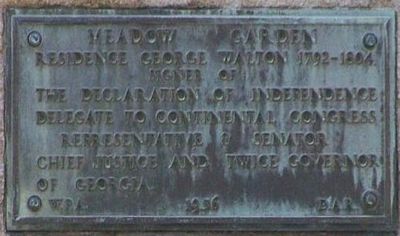 Topics and series. This historical marker is listed in this topic list: Government & Politics. In addition, it is included in the Daughters of the American Revolution (DAR), the Signers of the Declaration of Independence, and the Works Progress Administration (WPA) projects series lists. A significant historical year for this entry is 1792.

Location. 33° 28.435′ N, 81° 58.76′ W. Marker is in Augusta, Georgia, in Richmond County. Marker is on Independence Drive near near 13th Street (U.S. 1), on the left when traveling west. Located Opposite Walton Rehab Hospital. Touch for map. Marker is in this post office area: Augusta GA 30901, United States of America. Touch for directions.

Other nearby markers. At least 8 other markers are within walking distance of this marker. George Walton (here, next to this marker); a different marker also named Meadow Garden (about 400 feet away, measured in a 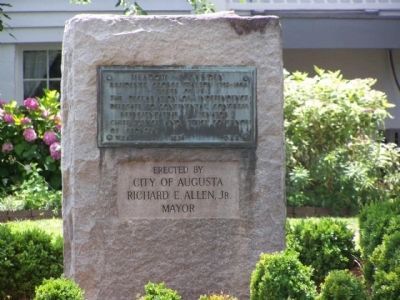 Regarding Meadow Garden. Meadow Garden, home of George Walton, Revolutionary Patriot and soldier, Governor, Congressman, Senator, Jurist. With Button Gwinnett and Lyman Hall, he signed the Declaration of Independence, July 4, 1776, for the State of Georgia. Born in Prince Edward County, Virginia, 1749, George Walton went to Savannah about 1769 and read law under Henry Young, Esq. Prominent in Revolutionary activities from the start at Tondee’s Tavern, July 27, 1774, he became President of the Council of Safety, delegate to Continental Congress. In 1777 he married Dorothy Camber of Chatham County. Commissioned a Colonel by Gov. Bulloch, he was wounded and captured in the siege of Savannah, 1779. Soon after his release he was elected Governor. In 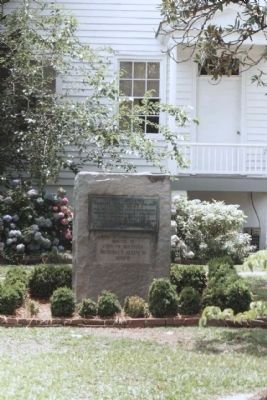 Photographed By Mike Stroud, June 6, 2010
3. Meadow Garden Marker
1780 he built Meadow Garden, on a 200 acre tract of land on the edge Augusta. Many great men of the day visited Meadow Garden. George Washington was a guest here in 1791 and Gen. LaFayette paid his respects to the Walton family here in 1825. George Walton died at Meadow Garden, February 2, 1804 and was buried at Rosney Chapel. His body was later moved to the Signers Monument in front of the Courthouse. Meadow Garden, one of the foremost shrines of the Revolution, was purchased in 1900 by the Nat. Soc. DAR. Filled with rare colonial treasures, it is maintained by the Augusta Chapter DAR, aided by other Georgia chapters.
(Georgia Historical Commission)

Also see . . .  George Walton, from Wikipedia. ... With a broken leg Walton was held captive for the British army for two years. He was exchanged for a British naval officer and released, despite his having been a signer of the Declaration, which, technically, made him a traitor to the British crown. ... (Submitted on July 18, 2010, by Mike Stroud of Bluffton, South Carolina.) 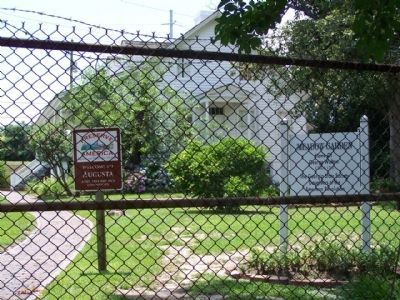 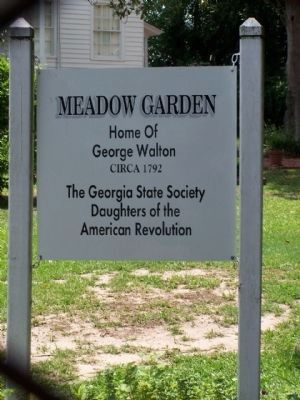 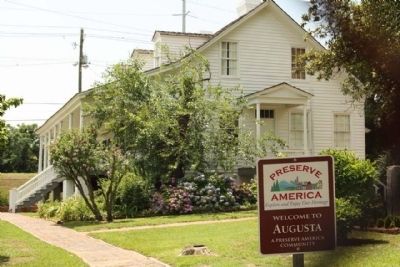 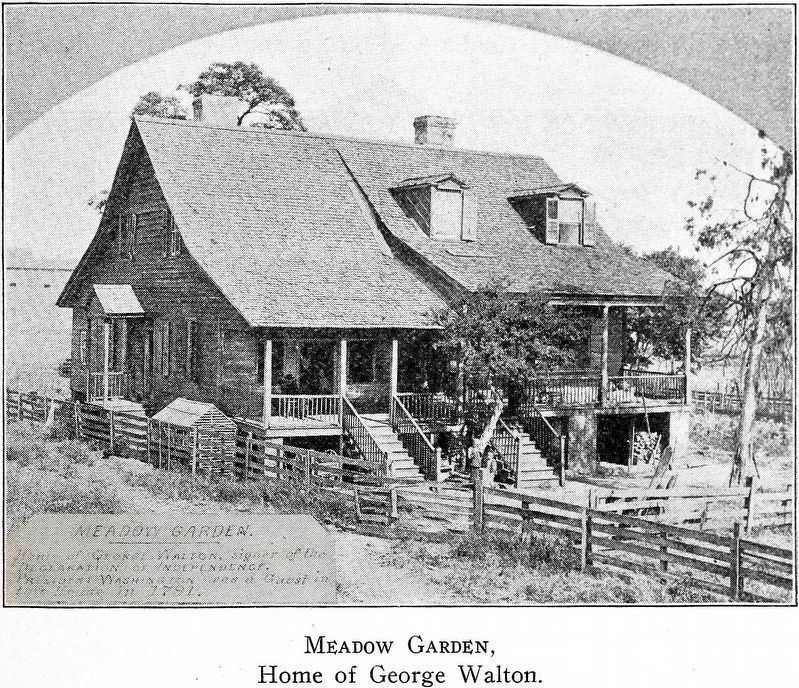