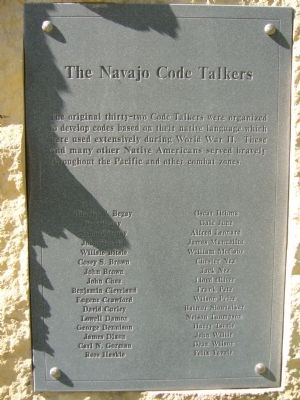 The original thirty-two Code Talkers were organized to develop codes based on their native language which were used extensively during World War II. These and many other Native Americans served bravely throughout the Pacific and other combat zones. Click or scan to see
this page online
, on the right when traveling south. Marker is on the campus of Northern Arizona University. Touch for map. Marker is in this post office area: Flagstaff AZ 86001, United States of America. Touch for directions. In honor of his father, Carl N. Gorman,
the Navajo Code Talkers,
and Native American Veterans of World War II 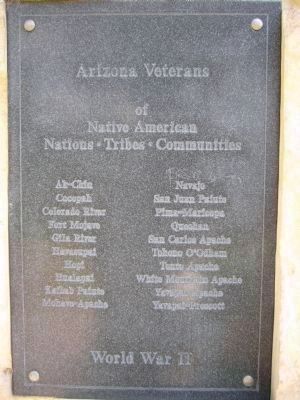 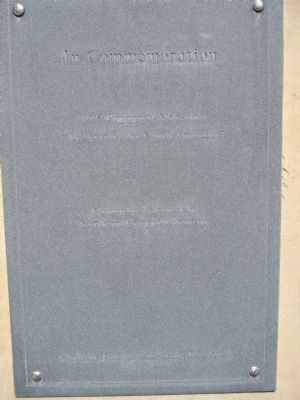 "The Year of the Native American" 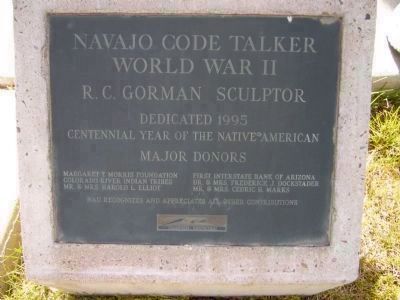