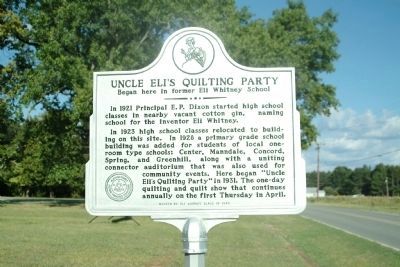 In 1923 high school classes relocated to building on this site. In 1928 a primary grade school building was added for students of local one-room type schools: Center, Manndale, Concord, Spring, and Greenhill, along with a uniting connector auditorium that was also used for community events. Here began "Uncle Eli's Quilting Party" in 1931. The one-day quilting and quilt show that continues annually on the first Thursday in April.

Erected by Eli Whitney Class of 1943. 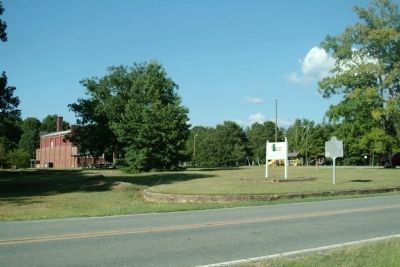 More about this marker. The old Eli Whitney School is now used as a recreation center.