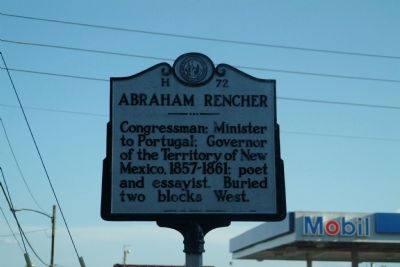 Photographed By Patrick G. Jordan, July 10, 2010
1. Abraham Rencher Marker
Inscription.
Abraham Rencher. . Congressman; Minister to Portugal; Governor of the Territory of New Mexico, 1857 - 1861; poet and essayist. Buried two blocks West. . This historical marker was erected in 1963 by Archives and Highway Departments. It is in Pittsboro in Chatham County North Carolina

Topics and series. This historical marker is listed in these topic lists: Arts, Letters, Music • Cemeteries & Burial Sites. In addition, it is included in the North Carolina Division of Archives and History series list. A significant historical year for this entry is 1857. 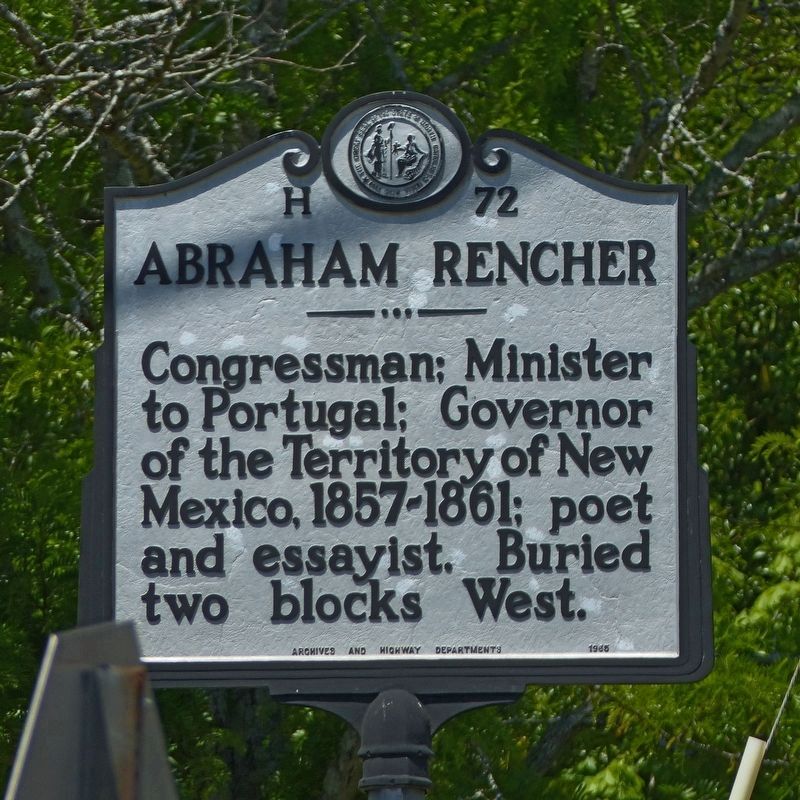 Additional commentary.
1. Abraham Rencher
“Near the entrance to the Grave Yard is buried Gov. Abram Rencher (1798-1882), who was distinguished as a United States Minister to Portugal (1843-1847), as a member of congress for many years and as Governor to New Mexico (1857-1861), declining the portfolio of Sec. of the Navy under President Buchanan. Gov. Rencher was of great force in politics of that generation. He was a Vestryman of St. Bartholomew's for many years.” -- Joshua Marion James, History of St. Bartholomew's Parish, 1906.
— Submitted May 4, 2018, by Allen C. Browne of Silver 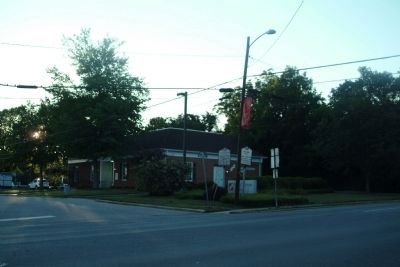 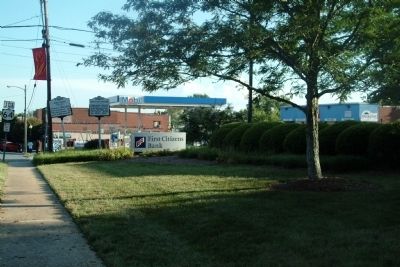 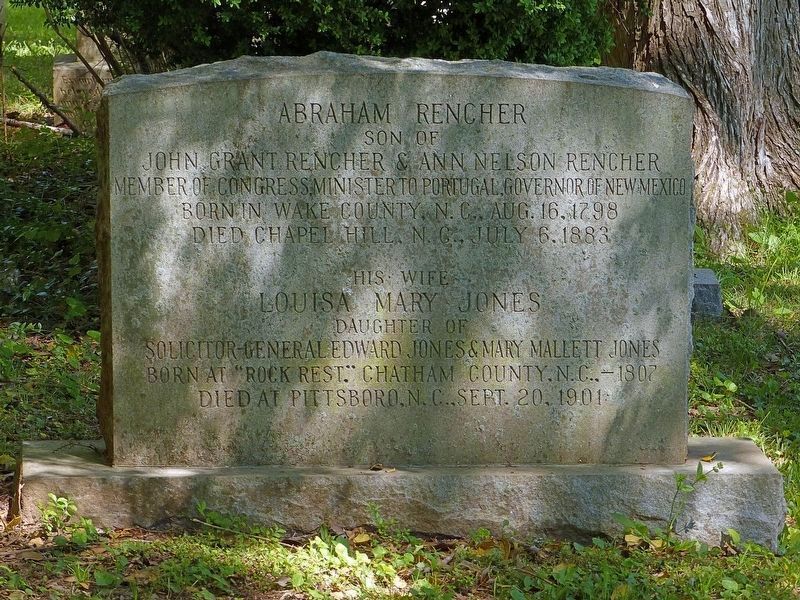 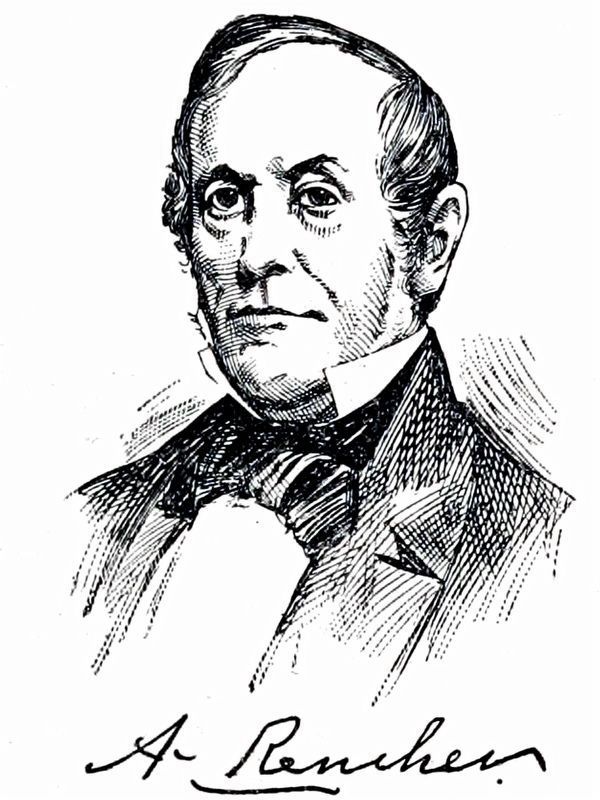 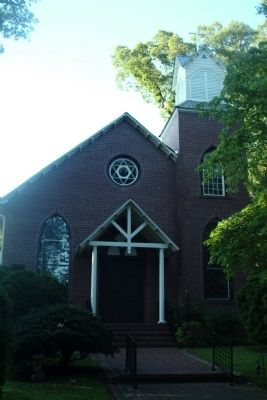