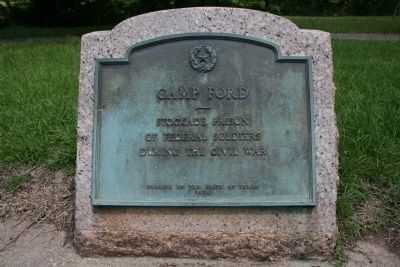 Photographed By Amanda Hartley, July 7, 2010
1. Camp Ford 1936 Marker
Inscription.
Camp Ford. .
Stockade prison of Federal soldiers during the Civil War. . This historical marker was erected in 1936 by State of Texas. It is in Tyler in Smith County Texas

Stockade prison
of Federal soldiers
during the Civil War 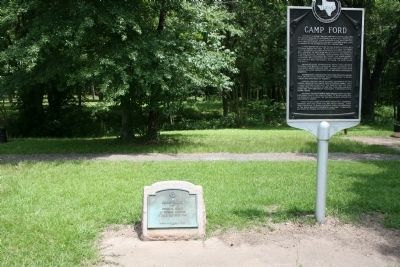 Regarding Camp Ford. Camp Ford was the largest Confederate Prisoner of War Camp west of the Mississippi River during the American Civil War. Established in August of 1863, the camp was not closed until May 19, 1865. At its peak in July 1864, over 5,300 prisoners were detained there. (Smith County Historical Society) 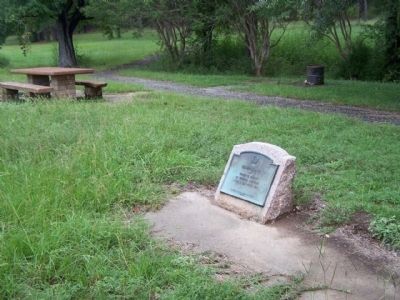